Requiem, which seems to have escaped the influence of Thurim, is on the trail to find Rebecca through the next plague, the storm of limbo, which opens a temporal rift to Berlin end of the war era. There, he finds his beloved struggling with Tengu and Dragon, and if that was not enough, they will also have to face Otto in order to release Rebecca’s soul. Meanwhile, Venus managed to get her hand on the wealth of the Vampires and to become the new queen of the pirate ghouls. But she has to clear out as soon as possible to escape the wrath of Countess Bathory. While Deucalion, the creature of Dr. Dippel, is finally activated and Black Sabbath takes possession of the seraphic missile, Ruthra and Dracula enters a fight to the death.

There were two signed ex-libris produced for the first release of this book, proposed in some French comics shops or fanzine (see below). This volume will probably be reprint when volume 12 will be issued. 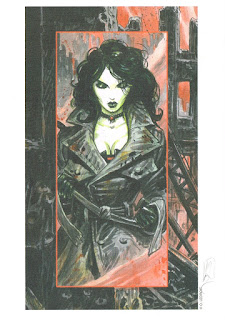 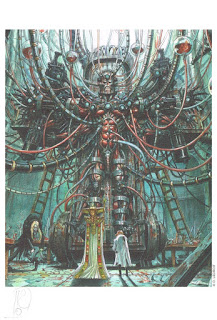