While the undead besiege the Tower of London, Defoe dreams about what happened to his family after the comet. It seems that after he found his house empty, he discovers his wife and two children in the bottom of the well, moaning. At that time he wasn't aware of the undead condition and tried to get them out of the well, starting with his wife (6 pages).

A beautiful splash page open this new story, and was uploaded as a preview at the CBR site: 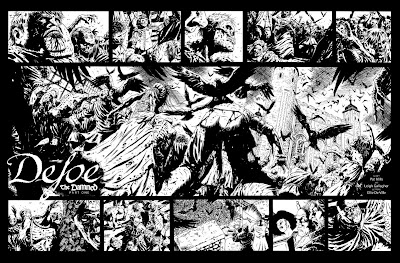