Pat Mills and David Hitchcock are interviewed in the last Judge Dredd Megazine (#352, new comics section by Barry Renshaw) about their collaboration on Dead Man's Dump (in Above The Dreamless Dead illustrated poems anthologies) and Brothers In Arms that is currently "doing the rounds - UK, US and France". 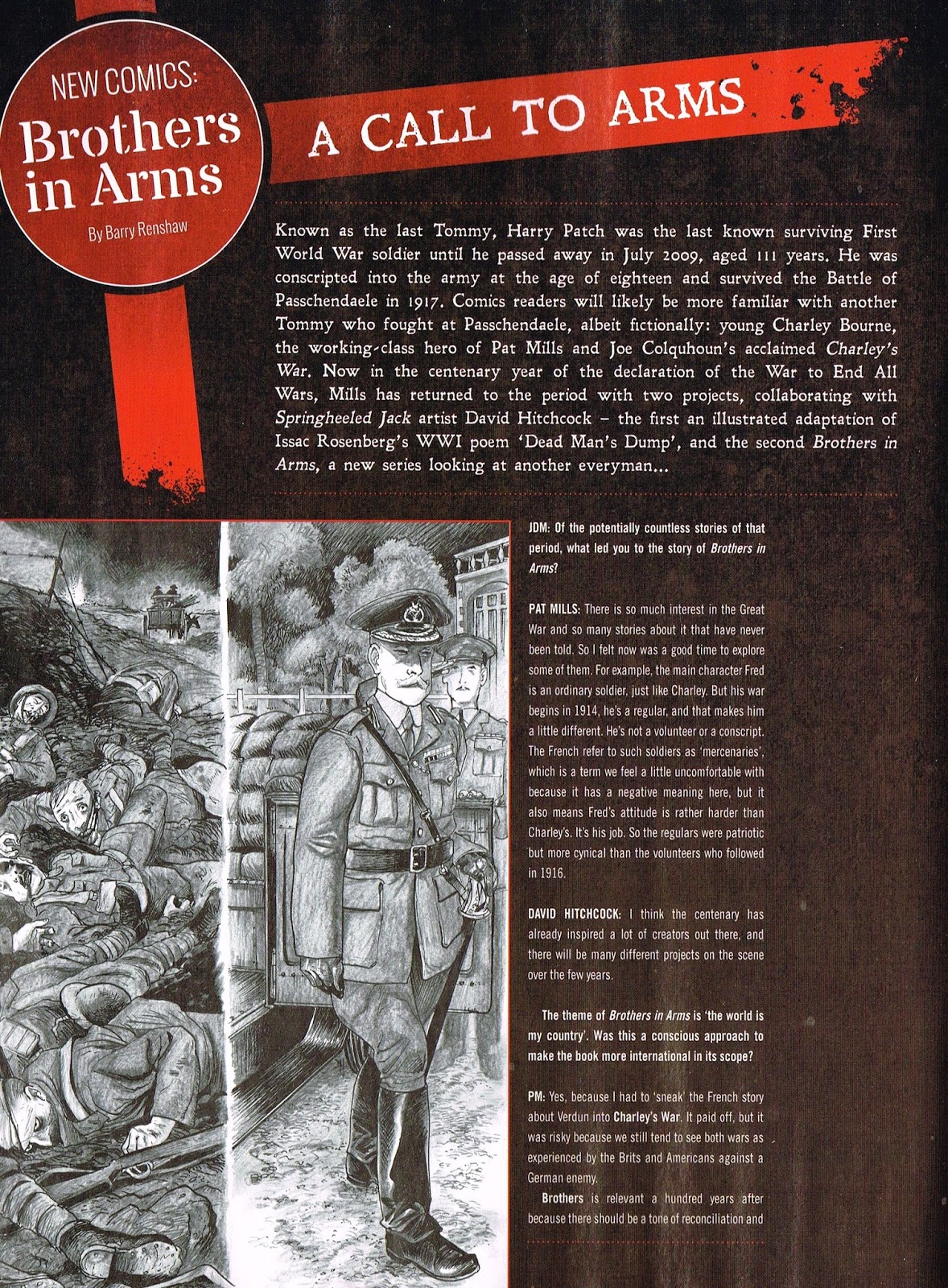 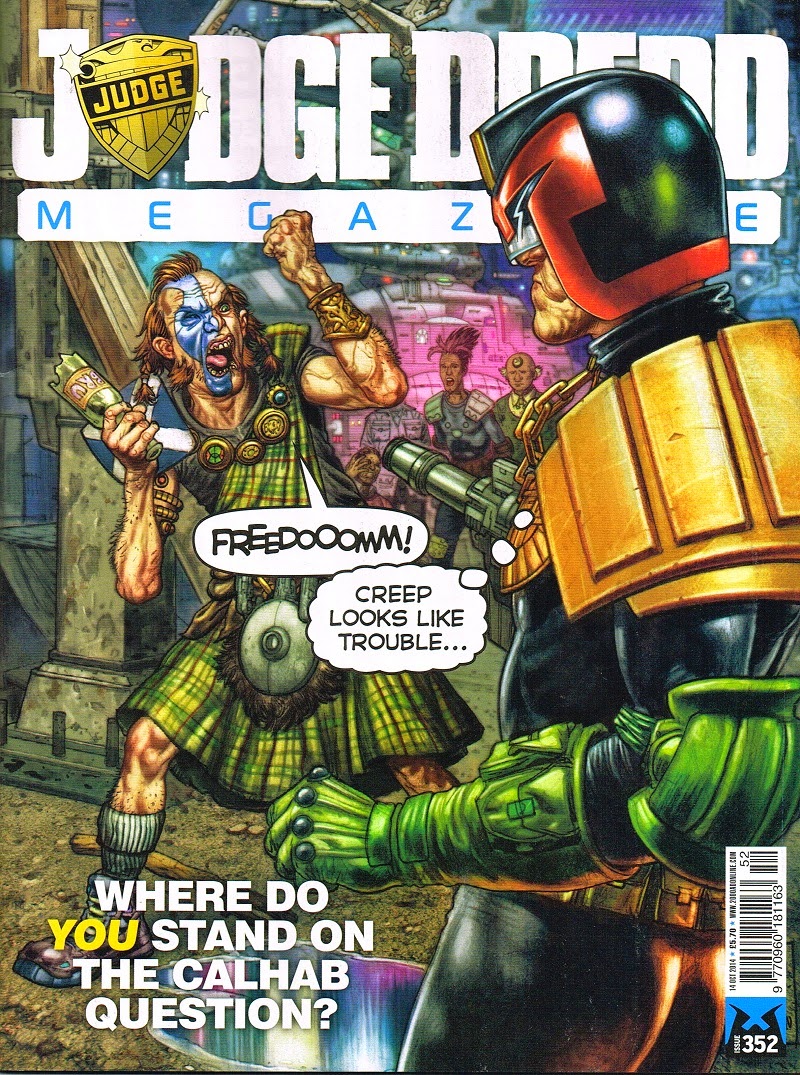 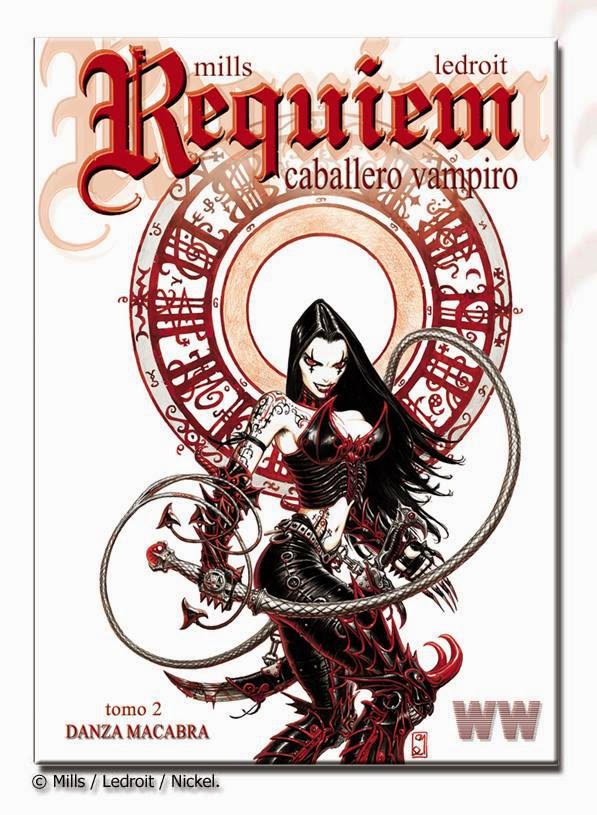 To be included in everyone's agenda is the talk that will be held at the Cartoon Museum with Pat Mills, about Charley's War on the 8th of October 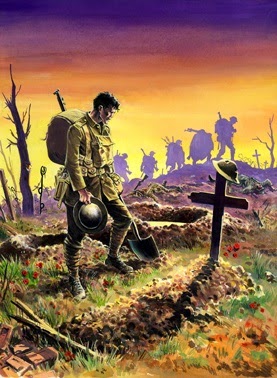 And finally, notice that Pat Mills has written the foreword for a book Dystopia, that will be published in January 2015. More details about this book here.