The digital edition of Requiem Vampire Knight Volume 5, Dragon Blitz, is available since last Thursday only on Comixology (see the links at the bottom of this page). 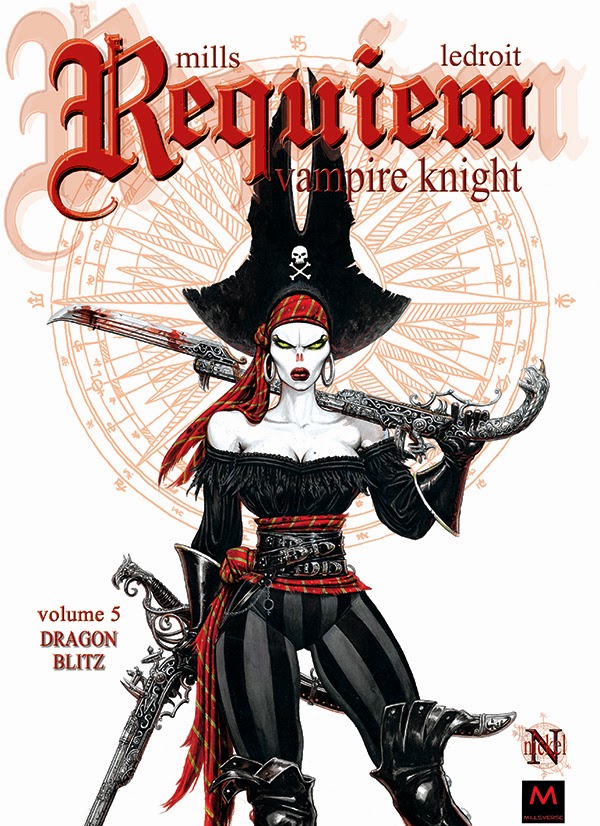 REQUIEM – THE 2000AD STORY THAT GOT AWAY


Requiem – with its original title ‘The Resurrectionist' – began life as a story outline for 2000AD towards the end of the 1990s. With no artist in mind, my outline was nevertheless received with great enthusiasm by editorial and went through a number of versions as I polished and developed the characters and the world. But then that enthusiasm suddenly and mysteriously died away

So I teamed up with French artist Olivier Ledroit; he added some further ambitious story elements to the Resurrectionist, such as an entire spectrum of Gothic horror characters, too much for a weekly comic, and the series went on to become a best-seller.
In addition to the original core plot, 2000AD style can be seen everywhere in Requiem – the black comedy, the action, the satire and the horror, fuelled by Olivier’s innovative ideas and incredible art. 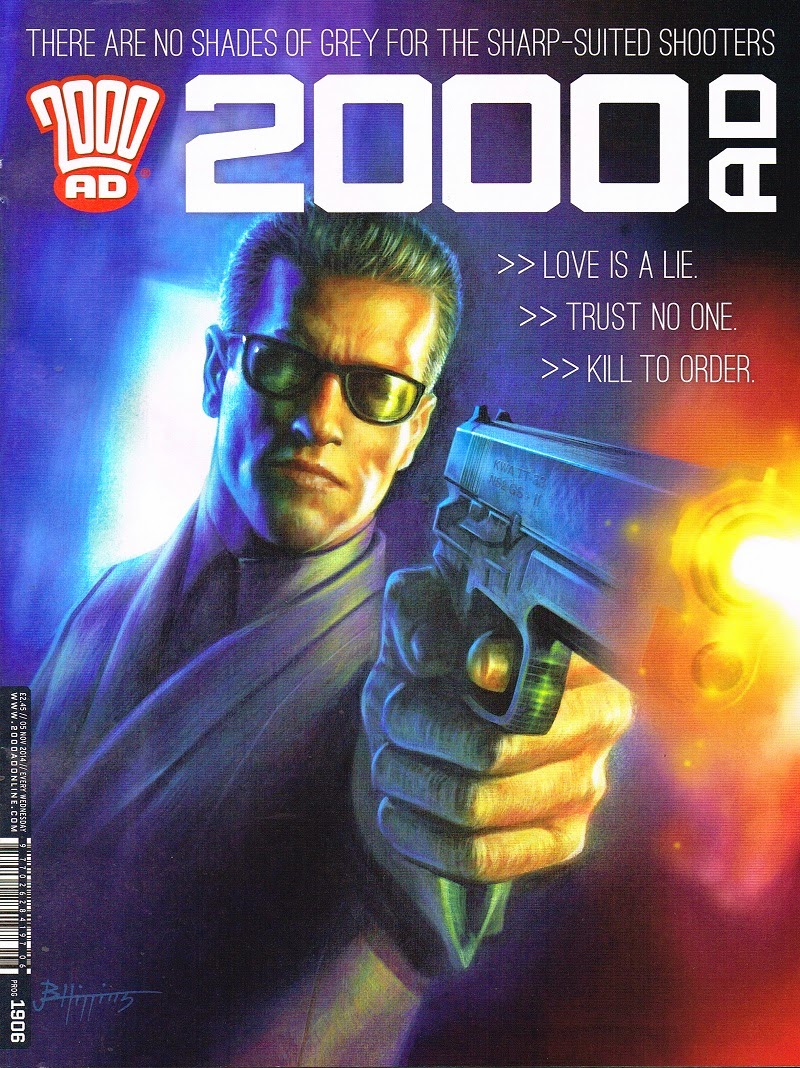 Also in the 2014 2000 AD Winter Special (published last week), we have an "origin" Defoe story, Frankensteiner, of course beautifully drawn by Leigh Gallagher. 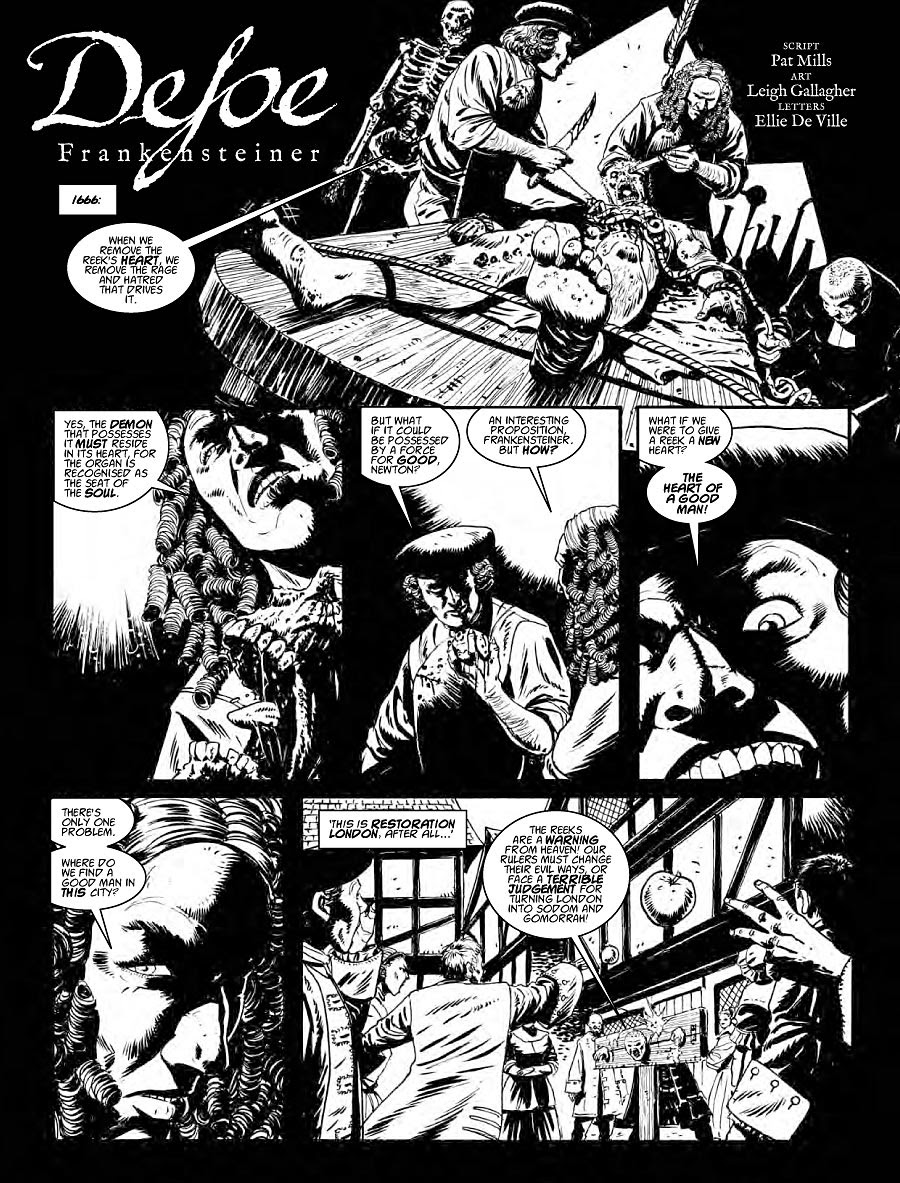 Talking about Defoe, here are two of four beautiful A4 art prints produced by Rebellion for subscribers eyes only: