The strip is reprinted here as it was published in 2000 AD #1880, including The Isle of Monadh map, with Pat Mills script printed on the opposite.

This book was first advertised with this cover: 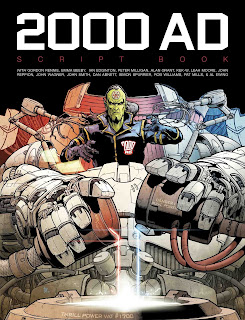