Scan on Michael Reynolds proves positive although there was some interference on Reid and Scalia's Reaper scanners (Mickael has been indeed victim of a body theft as we here Santore's thoughts). After an attempt to escape the Reapers, Mickael is eventually stopped in a car crash and soon dies. John is then asks to double check and this time the scanner reads negative on Mickael. John thinks now he has killed an innocent. While hanging out at Julianne's bar, John's wife and Jessica step-mom, he learns that his daughter will attend the identity transplant awards next Friday where she will be escorted by Doctor Forrest Redmond (16 pages).

This strip is preceded by a two pages advert regarding 'cars to live the american dream'. 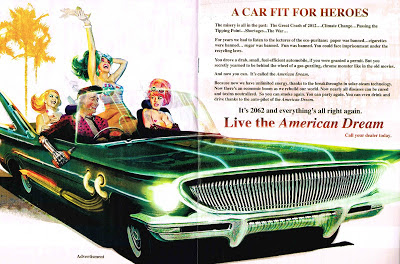