Reapers are after ex-CIA Santore suspected to have stolen seventeen years old Michael Reynolds' body. While waiting for him at his mother's apartment  they learn that one of the first identity transplant awards will distinguish Professor Taggen who was the first scientist to develop the technology and who has only months left to live. When Michael arrives he is scanned by the Reapers (John, Reid and Scalia) in order to detect a disconnection between the mind and the body. If the result happens to be positive, he will be terminated (16 pages).

This strip is preceded by a two pages advert regarding 'download dress', where 'Patti Mills' is referred as styling assistant. 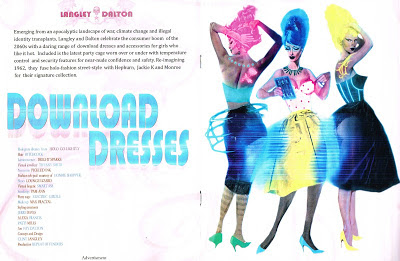