Led by the Spiriter the undead has begun to storm London Tower through its chapel. Defoe manages to repelled them while Damned and Bodie seal off the entry of the oubliette. Quick investigations leads Titus to incriminate former sailors, like Tomazine or Bodie, and his gut feeling tells him it is the latter (6 pages). 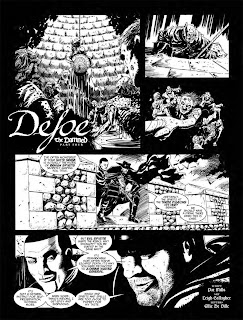