Scatha, which was co-created by Pat Mills and Glenn Fabry is usually described as a female Sláine, and the strip is indeed set in a similar world. The coloured strip was published in the short-lived News on Sunday newspaper, but out of the 10 episodes produced, only 7 were printed in the newspaper.

More insight about the character, as well as physical paper reprint of the strips, can be found in Comic Archive: Beyond 2000 AD (I don't own any of the original newspaper issues so don't hesitate to buy this excellent fanzine here). 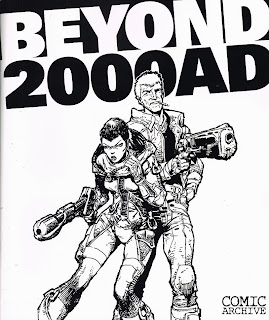 The fanzine also features the inks for the eighth strip previously published in After Image #3 (1987):


Note that high resolution scans can also be found at Pat Mills' blog.
Email ThisBlogThis!Share to TwitterShare to FacebookShare to Pinterest