Harry remembers how he left the A.B.C. Warriors and became the team's armourer Tubal Cain, naming himself after the legendary metal-smith. And so he remained in the shadows during the Mars conflicts (6 pages).

The Mars conflicts evoked here are narrated in 'The Third Element' and 'The Shadow Warriors' stories (as well as the short 'Road Kill'). 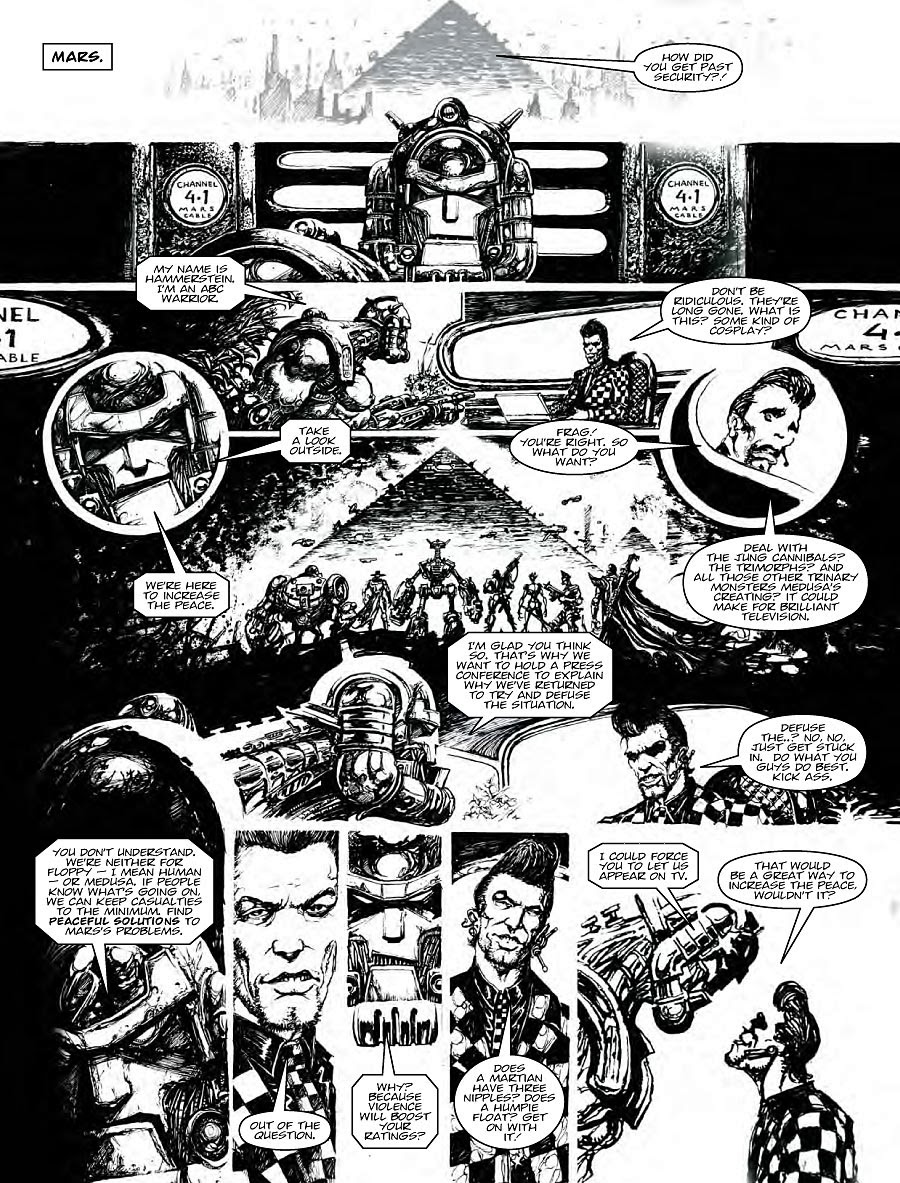