In the last issue of the French comics magazine Kaboom (#4, February-April 2014), Pat mills is interviewed about his works (Battle, Action, 2000 AD) and what are his insight about the comics book industry in UK. 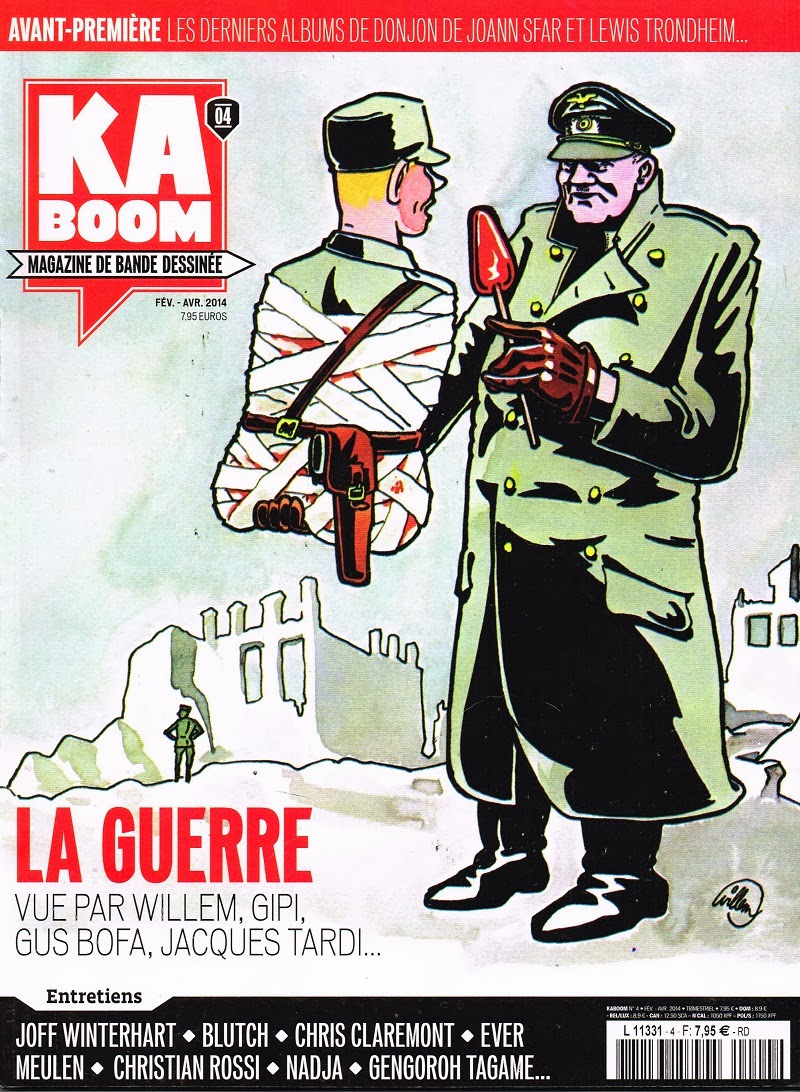 Also, Pat Mills' participation at 'Les Rencontres Internationales' during Angoulême Comics convention can be see and listen here (sadly for the first eight minutes we only hear the French translation not the original voices). He is interviewed by Jean-Paul Jennequin who has adapted Charley' war in French. 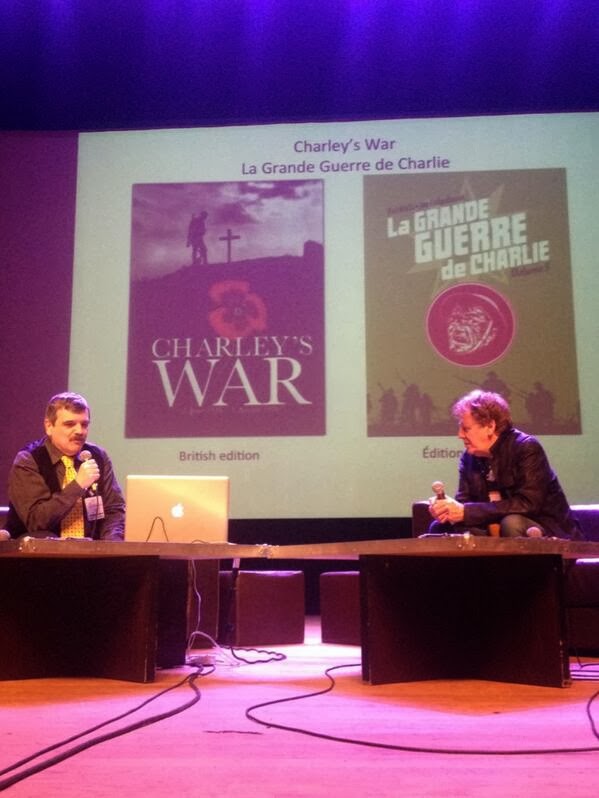