Howard Quartz asks Tubal to recycle Volkhan, to take him apart so he can never be put back together again. As the father of all A.B.C. Warriors, Quartz also wants Tubal back with him, along Mek-Quake who is now his personal bodyguard. Despite Quartz threats,Tubal refuses and as soon as he is back in his workshop he is attacked from behind by a robot hand (6 pages).

There is a time line reference to Mek-Quake being involved in the death of the Martian president (see The Volgan War Volume 4). It seems that Howard Quartz arranged an amnesty for him. In this strip, Quartz also presents his vintage collection of Japanese robots: Mr Automaton, Mr Nuclear, Mr Forbidden (based on the Robbies from the Forbidden Planet movie), Mr Transform, Mr Tyranno and Mr Mars. 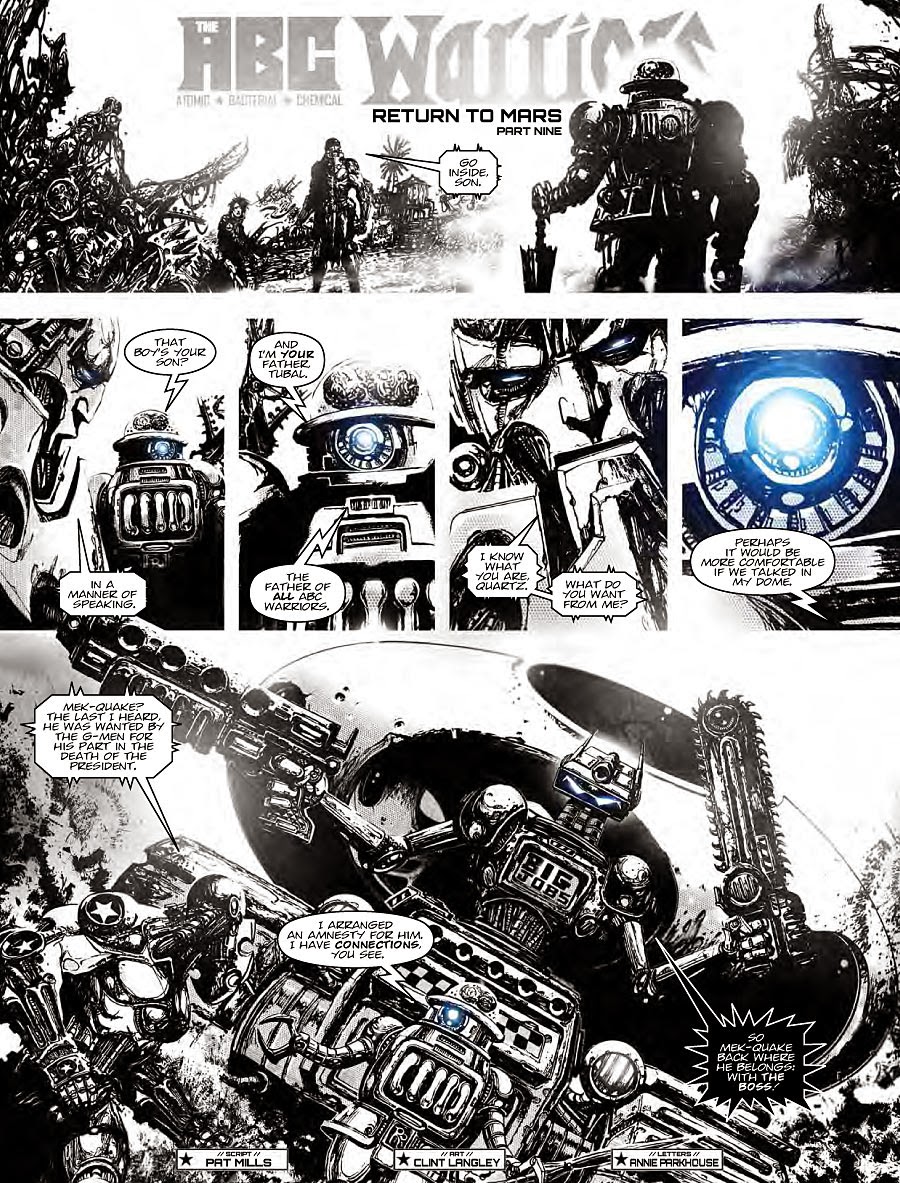