Young Thomas Rainmaker is nearly put to death by the Founder's clan until Tubal intervenes. Soon they grow a kind of father/son relationship and Thomas is now assisting Tubal stripping down remains of army surplus robots for spare parts, among them some Volgan robots. But Howard Quartz is observing them from afar (6 pages).

Howard Quartz appears in the last panel in his 'Mr Ten Percent' form from Ro-busters.. 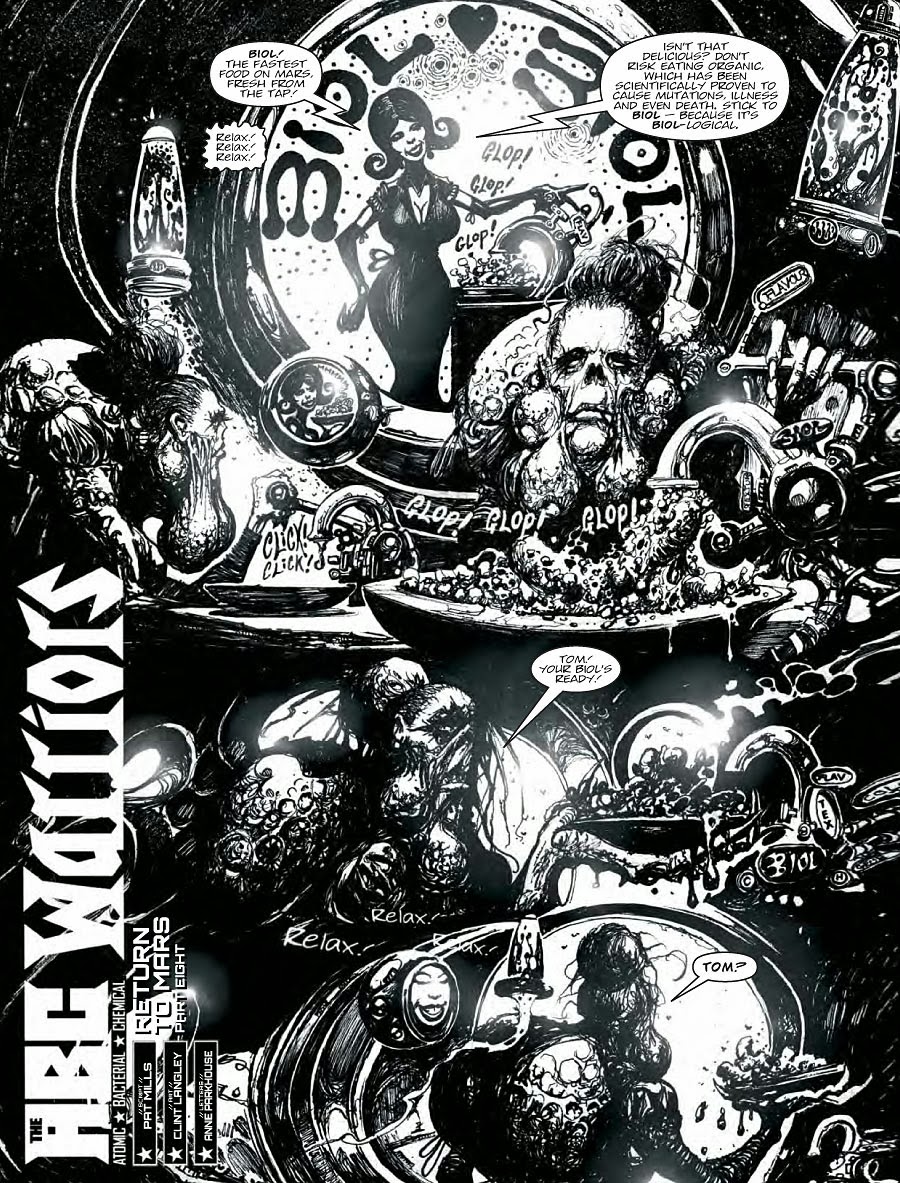