We are back with all the Warriors in front of the H day memorial, while Blackblood and Volkhan are ready to step up their terrorism campaign. Now their next mission is clear, they will have to kill Howard quartz. But they have to override their primary directives, preventing them to harm their maker. And somehow, Raw-jaw could be the solution because he is the only one that has ever defied Quartz (6 pages).

The story ends with a portrayal of Ro-busters' Praying Mantis by Clint Langley after Carlos Pino (see below). 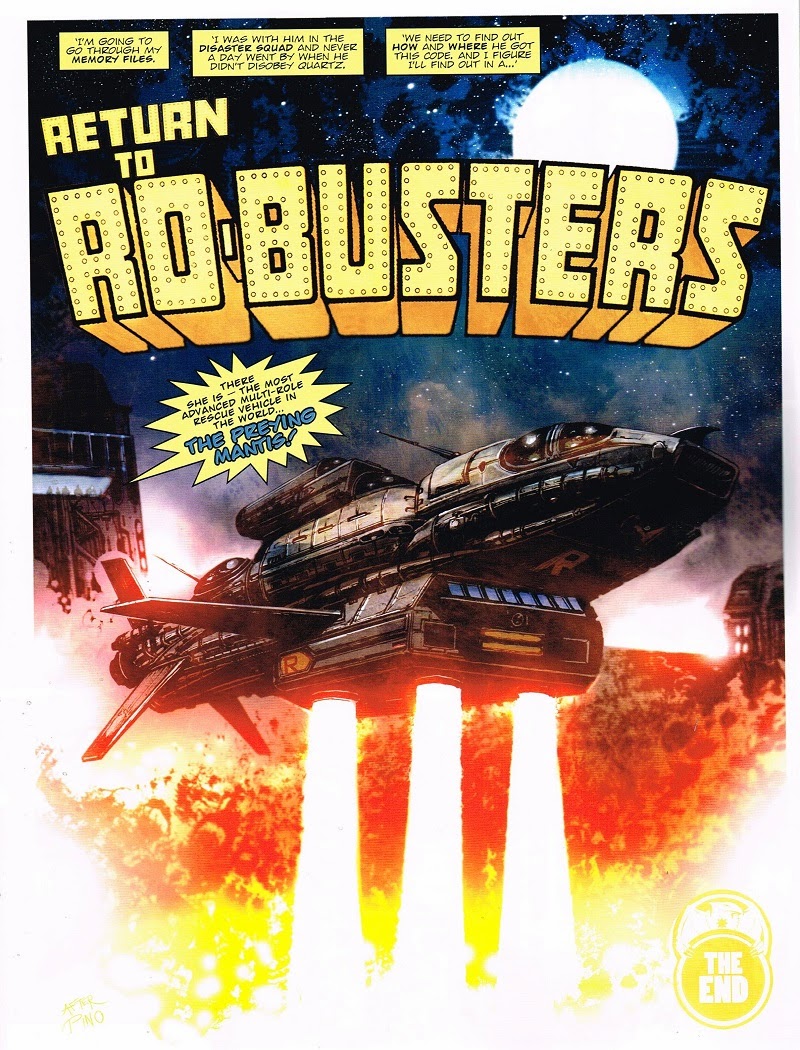 The following preview was advertised at the Digital Spy site: 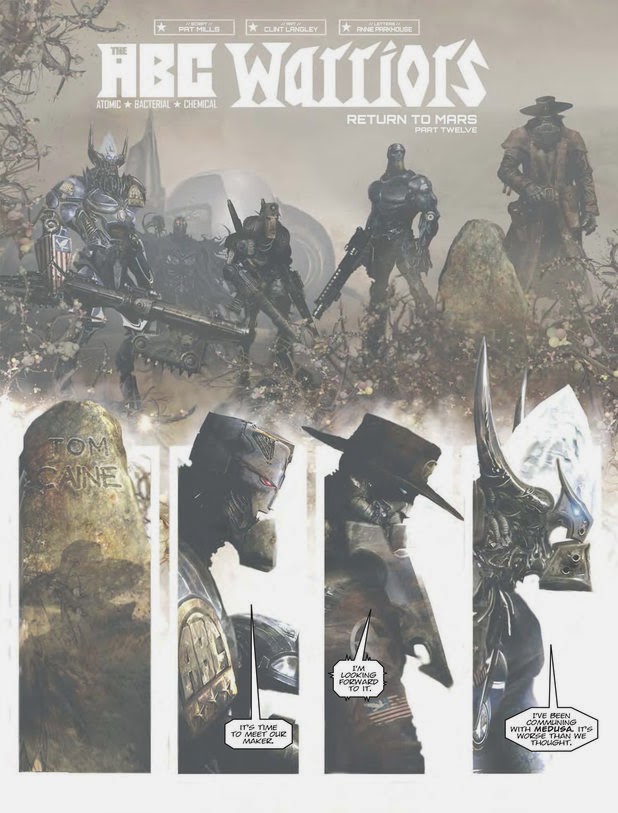