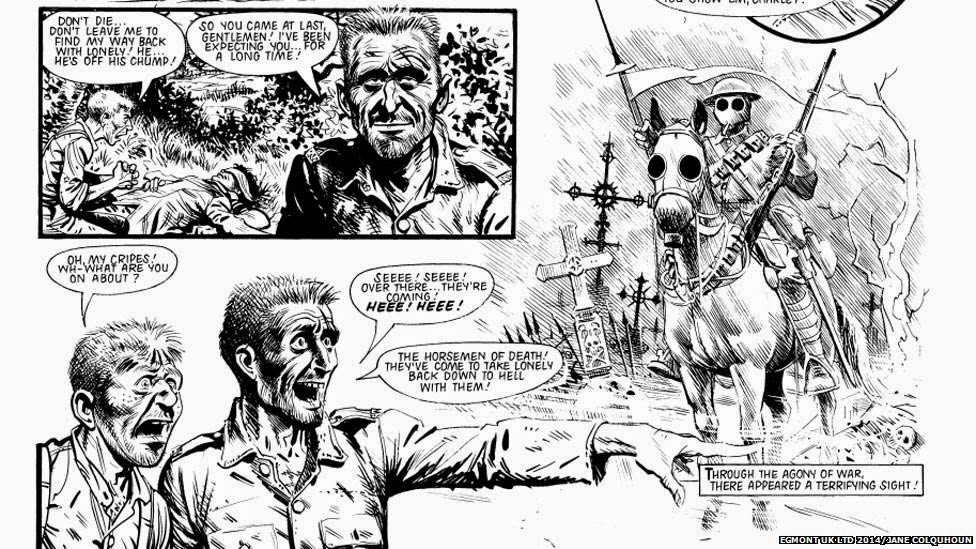 And yesterday, another Steven Mckenzie article "Art of War How comic books recall World War One" has been published on the same site, and it features some new artwork from Brothers In Arms and Dead Man's Dump by David Hitchcock (see below).

"In October, The Lakes International Comic Art Festival in Kendal will host the exhibition, The Great War in Comics. The exhibition will feature Charley's War, a comic strip that ran from 1979 until the late 80s, also 1998 graphic novel White Death and new book Ghosts of Passchendaele."

"Colquhoun and Mill's work on Charley's War will also be exhibited in Swanage, Lancaster, London, the Tank Museum in Bovington, Haarlem in the Netherlands and Meaux in France later this year." 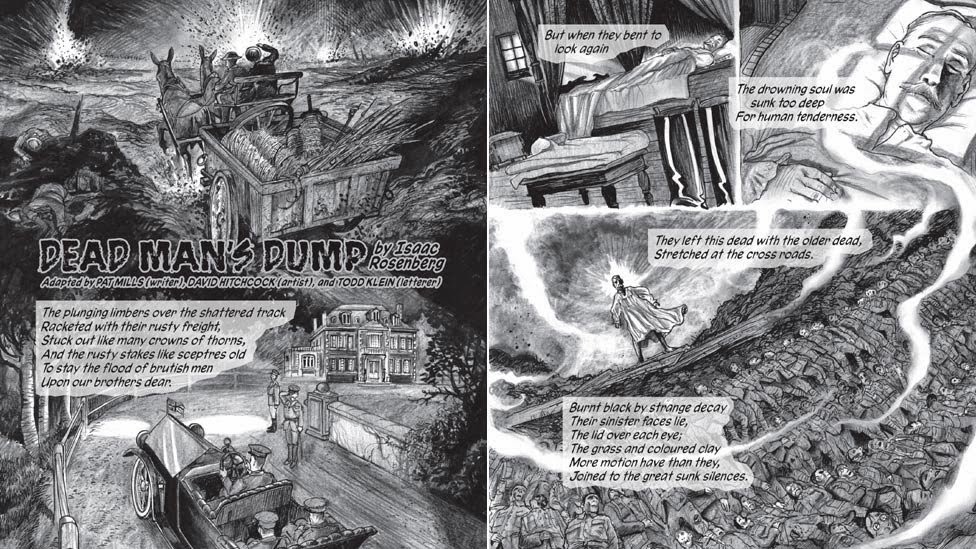