Another great piece of writing/art provides you by the Millsverse at a bargain price. It features an exclusive new introduction for this volume 2 written by Pat Mills. 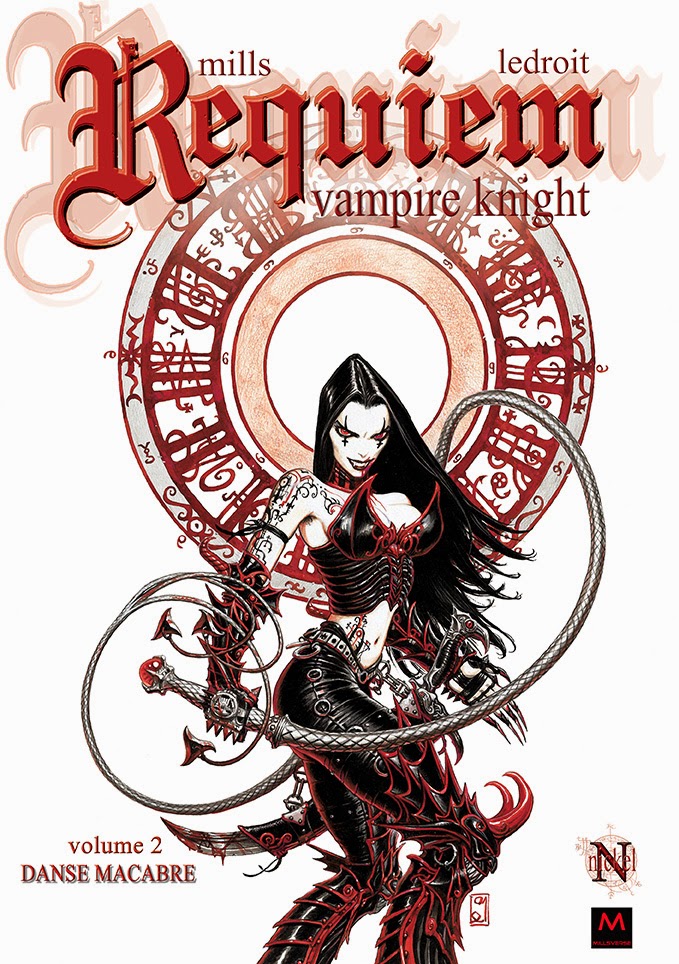 The links to the Millsverse (.com, .co.uk and .fr) on Comixology are at the bottom of this page.

Below is the press release associated with this new publishing, good reading!


"MY VAMPIRE ROMANCE" CONTINUES ON COMIXOLOGY WITH DANSE MACABRE FROM PAT MILLS
Pat Mills, creator of 2000AD, writer of comic series such as Charley’s War, Slaine, Marshal Law, Nemesis The Warlock and Accident Man, launched his digital label, Millsverse, on Comixology in July and last week released volume one of his Gothic best-seller, Requiem Vampire Knight.  Today volume two, Danse Macabre, hits the digital newsstands.
“Danse Macabre delves into Requiem’s past as a German soldier. To his horror, he discovers he was not the man of honour he had believed himself to be, and was guilty of a wartime atrocity.  Requiem's lover on Earth, Rebecca, is also on the Hell planet of Resurrection - but as a vampire hunter - and urges him to expire Otto, his best friend and fellow Vampire Knight.
As we see more of Resurrection, Olivier Ledroit’s artwork continues to delight, with richly detailed landscapes, grotesque characters and awe-inspiring designs that create a compelling immersive experience.  And with Comixology’s guided view, you don’t miss a single detail.
“With eleven published volumes of Requiem – and two more volumes to complete the first story arc – we hope to build a new audience of digital readers that haven’t seen an English version of this award-winning hit series.
“Requiem is a darkly humorous, satirical, macabre and savage adventure saga that is 100% Gothic.  Resurrection is populated by a who’s who of the most evil people who ever lived on Earth, and in Danse Macabre we meet more of them, such as Robespierre, Attila the Hun and Aleister Crowley!
“Alongside Requiem, we plan to release more creator-owned stories shortly and eventually to originate new comic series on Comixology.”
Email ThisBlogThis!Share to TwitterShare to FacebookShare to Pinterest