This strip is the first one after a six year hiatus. It is the first time that John Higgins have used a Wacom digital tablet for pencils and ink.

The following previews was advertised at 2000 AD tumblr website: 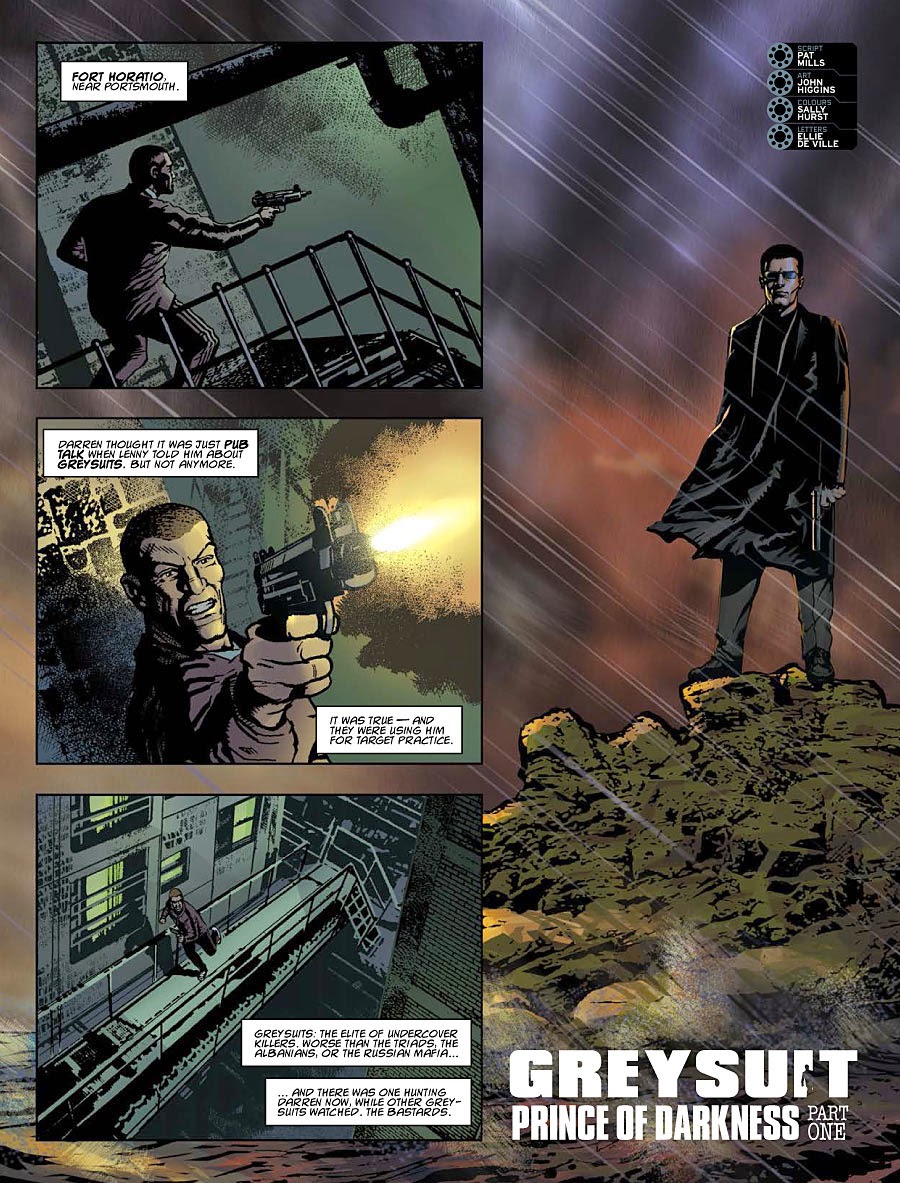 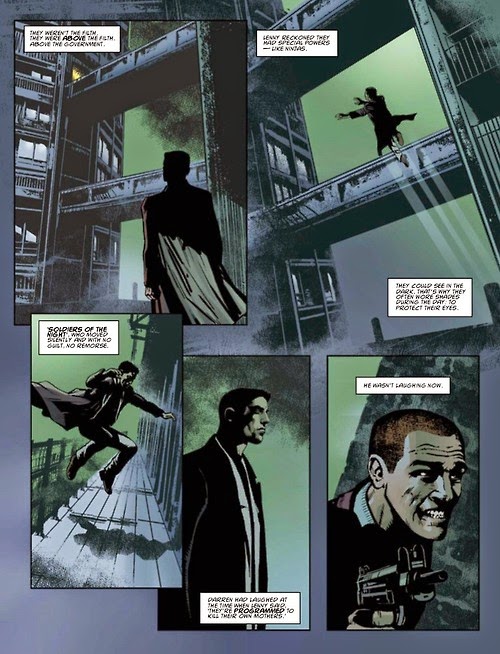 Also the same week those adverts were published by 2000 AD. 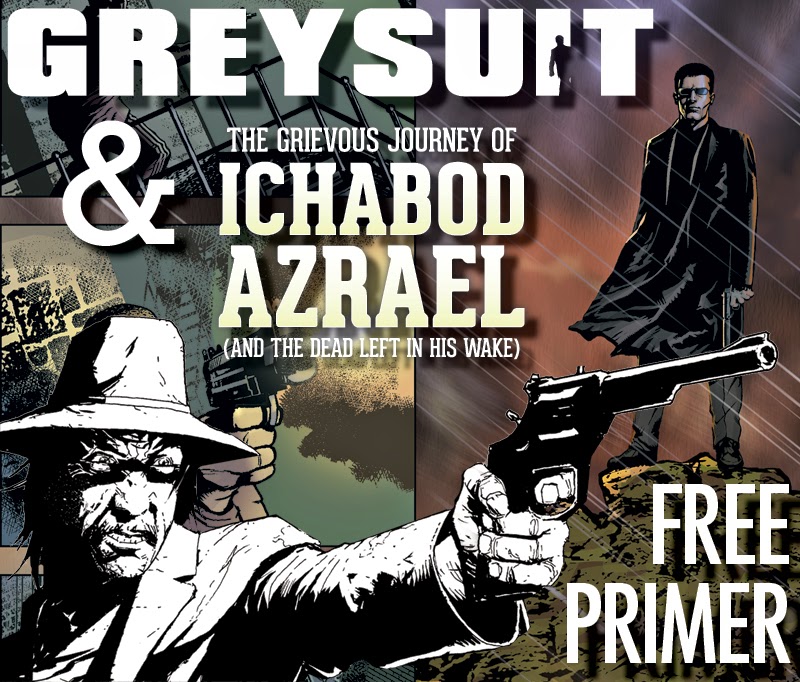 The second one concerns a pdf free sampler of the very first strips of Greysuit and Ichabod azrael. Click on the picture below to get the associated link. 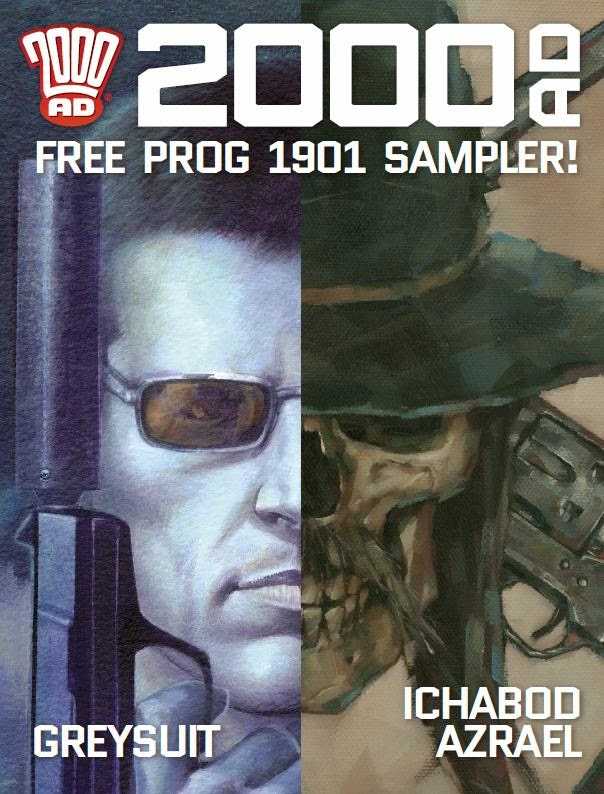