In Marineris Hammerstein recalls that Sir James Grey (a heir of Sir Edward Grey) led the biggest hunt ever for Ro-Jaws and him but they got away. After Ro-Busters escaped, Quartz's lawyers got him out of prison and reinstated him as human, and too had gone after Ro-Jaws and Hammerstein. Blackblood is currently sending apologies to the Warriors for all the terrible deeds he has done. Ro-Jaws, aka the Urban Fow, have just been spotted by the G Men while tagging "Hell Something is coming G Men. Hell Something will kick your arses!"  (6 pages).

"Hell Something" was the named given to Hammerstein by Ro-Jaws centuries ago. 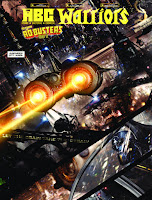 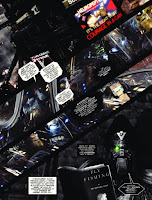