Title: The Book of Scars part 6

"Moloch ": in this alternative version of events narrated in "The Books of Invasions", Sláine has to battle and kill Moloch again. Then Sláine's soul is back in its current body to confront the Guledig and to watch him leaves the premises (11 pages).

This double length strip is an alternative version of the events described in 2000 AD #1322 through 1326 and prog 2003 already drawn and coloured by Clint Langley.


This prog has been published with to variant cover, here is cover 2 of 2, and note that digital copy displays both covers (see Book of Rcars GN reprint file for a third unpublished cover): 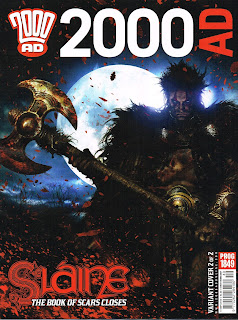 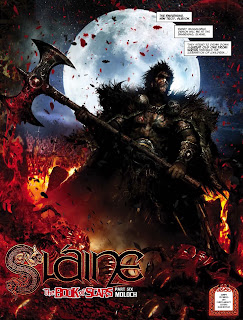