McGurks tells the story of how he ended up in the cretaceous and the significance of the Time pills for him. As it appears,  he was betrayed by a "speedophile" friend, Zack, who used the time pills to abuse McGurk's girlfriend, Zeta. Zack was busted by Zeta so he killed her right when McGurk came in the bedroom. The latter shoved all the remaining pills down Zack throats so he vanished forever, lost in a nano second of time (6 pages).

There seems to be a Psychiatric Enforcement task in the future that deal with all crimes as a mental illness. 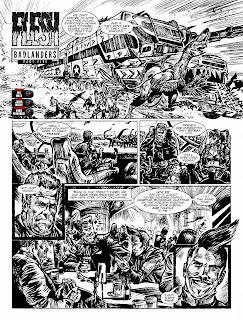 As well as this add in Judge Dredd Megazine #340: 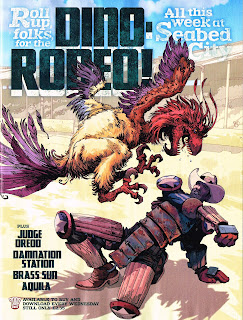