The story is now set during Tubal's life as a mechanic on Mars, at the time he befriend a young Humpy Thomas Rainmaker. Oddly he is the first normal human amongst the Terraneers as he didn't have humps on his body. Also, he doesn't need to eat Biol to sustain him like the other humpies, he lives on Martian plants instead. But the proud Founder is not happy with that (6 pages).

First human terraformers, the Humpies, are genetically adapted to live on Mars as they have compressed air bags in humps on their backs and heads. They have been first encountered by the A.B.C. Warriors in 2000 AD #129. They are also called here the Terraneers, founding families of Mars. They don't want to mix with other humans or change their ways (like eating only Biol, the first food they ate during terraforming times, the 'holy' food. 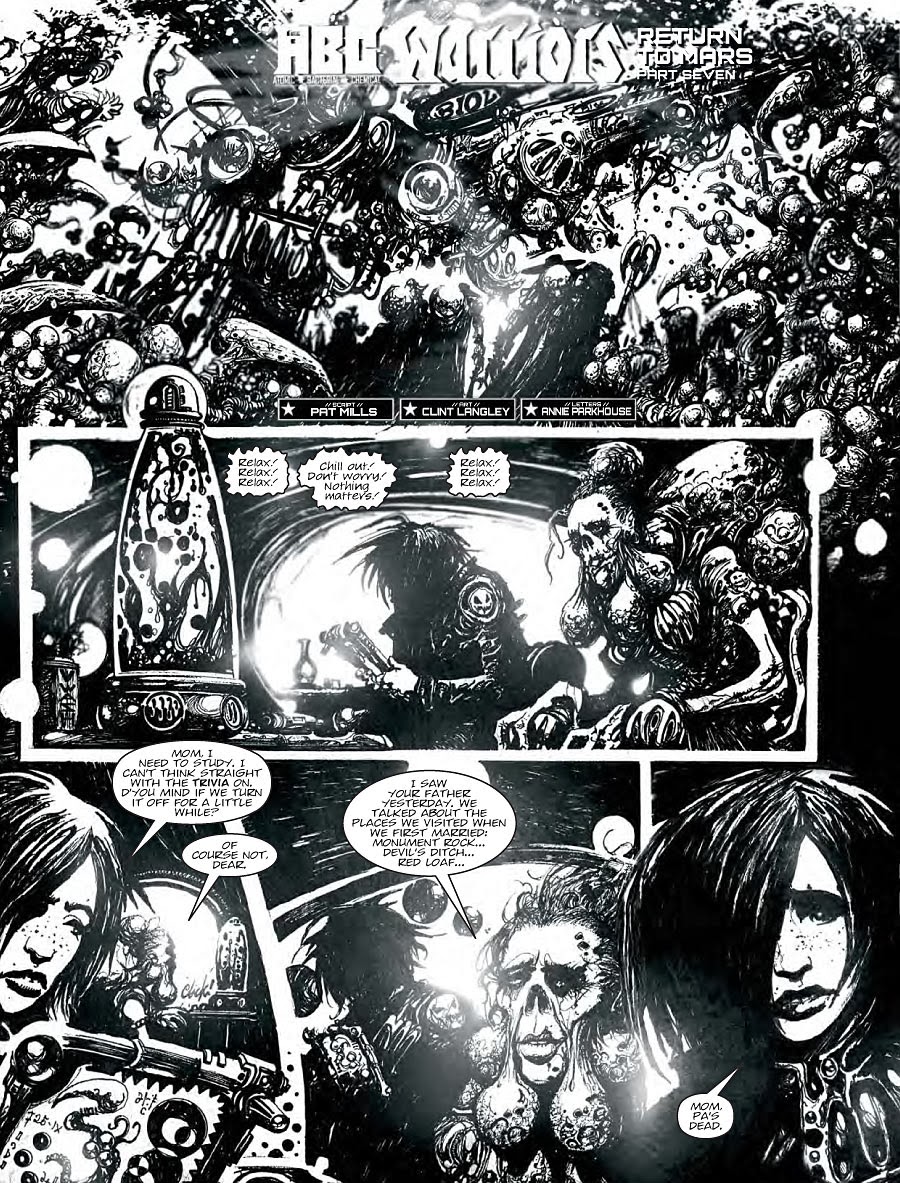