Sláine has been invited to celebrate Beltain in the south as the Green Man. On the shore he encounters Sinhead that has just escaped Monadh, the island of the Drune lords, where she was held in the tower of Knowing. She tells Sláine that she has managed to fled during a black magic ritual led by Slough Thruc who wanted to plant the Serpent's egg in her before she stabbed him (6 pages).

Probably lots of references here that I am currently not fully aware of ("Hail the Bod", "Beltain", "The Gloops").

The following preview was advertised at the Bleeding Cool site: 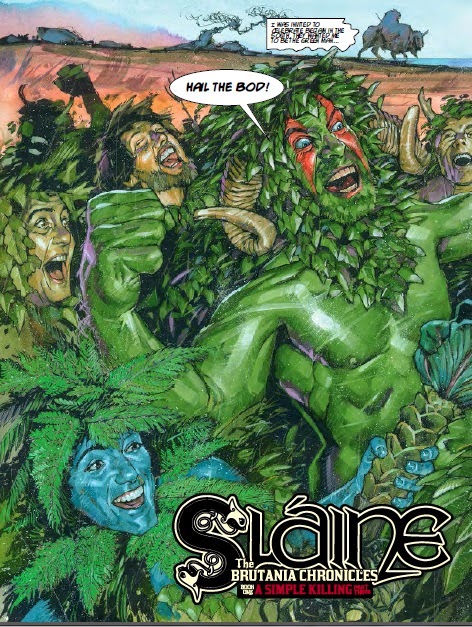