Sláine The Brutania Chronicles Book One: A Simple Killing (Rebellion, 2015)

Title: The Brutania Chronicles Book One: A Simple Killing

"When Sláine visits Ancient Albion he hears of one of the Earth Goddess, Danu's temples being desecrated and looted. Furious, he tracks down the thieves, and before putting them to the axe discovers they were put up to it by a village headman & tavern owner, named Kark.

Hurrying to Kark's tavern, in the village of Bladnoch, Sláine is in a murderous mood, however when he encounters the headman he notices that he wears a false nose - a clear sign that the people of Bladnoch have had dealings with sea demons, the Formorians, an evil race of semi-aquatic monsters who terrorised the tribes of the Earth Goddess, Danu, in the Land of the Young, in Albion and in Eriu (Ancient Ireland), during Sláine‘s time - a tax imposed on the people once all their other resources and treasures had been plundered.

A desperate Kark immediately disarms Sláine by admitting to looting Danu's temple, in order to pay off Quagslime, the Tax Collector to prevent his only daughter, Sinead, being taken by the Formorians.

Sláine takes pity on Kark, and agrees to rescue Sinead from the slimy clutches of the sea devils.

At the shore, Sláine encounters a young girl in a small coracle, or small, round paddle boat, who regales him of her escape from the Drune Lords, ‘holy’ leaders of the Formorians, who had attempted to ‘know’ her intimately, by placing the ‘Serpent’s Egg' inside her, a mixture of the saliva from the throats of a multitude of serpents.

Sláine sympathizes with this strong girl, who bemoans the fact that the men of her tribe are lazy, boastful, drunken cowards, who will not stand up to their Formoriantormentors, but whilst relating their experiences they are attacked by a particularly vicious brand of sea demons - all teeth, claws and razor-tails with a bright orange crest. The pair quickly respond, engaging the demons, or ‘Gloops’, a species the celtic warrior hadn’t encountered before, their speed catches him off-guard, but one manages to sting Sinead with it’s tail, before Sláine can finish them off.

The young maiden asks the warrior to help her return to the Isle of Monadh to exact her revenge on the Drune, Slough Thruc, Sláine declines, telling her that he has a party to attend. Accusing him of being just like the other menfolk of her tribe, the girl tells Sláine of her shame at her father, who stole treasures from theEarth Goddess' temple. Realising this must be Kark's daughter, Sinead, Slainetells the girl that he has been looking for her, and will return her to her father.

However, Sinead does not want to return to her tribe until Slough Thruc and fellow Drune Lord, Slough Goddodin, are dead. Sláine insists that this would be futile, as there will just be others to take their place. Sinead wistfully ponders about a great hero from the past, whose name and deeds were legend, one who killed the Lord Weird, Slough Feg, Balor of the Evil Eye, Moloch, and drove the sea demons out of their lands, a warrior named…Sláine MacRoth! Sinead asks this scruffy, wild-haired, washed-up bum his name, and he tells her - SláineMacRoth..

Next morning, at the shore’s edge, they notice that Sinead has developed bright orange welts on her legs, and they are starting to fuse together as a tail. BeggingSláine to cut her legs apart, Sinead is in agony, but when he attempts to separate her limbs, she is in even greater pain. Sinead realises she must get to water before she dies, so Sláine carries her into the sea.

Her tail now almost fully formed, Sinead immediately feels better, the dark magic of the Drune Lords turning her into a sea demon. Still unwilling to take Sineadback in to the clutches of Slough Thruc once more, a group of female sea demons, taking the appearance of malevolent mermaids, show up and drag the terrified Sinead down to the inky depths.

Unable to follow, a furious Sláine has no choice but to let Sinead be taken. Fortunately, the brave, smart, young woman had drawn a map to the Isle of Monadh, complete with the towers where human captives were held, and the residences of the various Drune Lords.

Armed with this map, Sláine felt he owed it to this spirited maiden to rescue her from the unpleasant company of Slough Thruc, and the other Drune Lords. OnSinead's map, there was a causeway that was accessible during certain times of the day, which lead straight on to the island.

It was going to be a dangerous mission, there would be many hazards and monstrous creatures along the way, but Sláine knew what he must do..

One thing was for sure - this was going to be anything but - A Simple Killing."


An exclusive 2000 AD bookplate edition have been produced, limited to 200 copies and featuring a numbered bookplate and a numbered art print, both signed by Simon Davis (sold only through 2000 AD web shop). 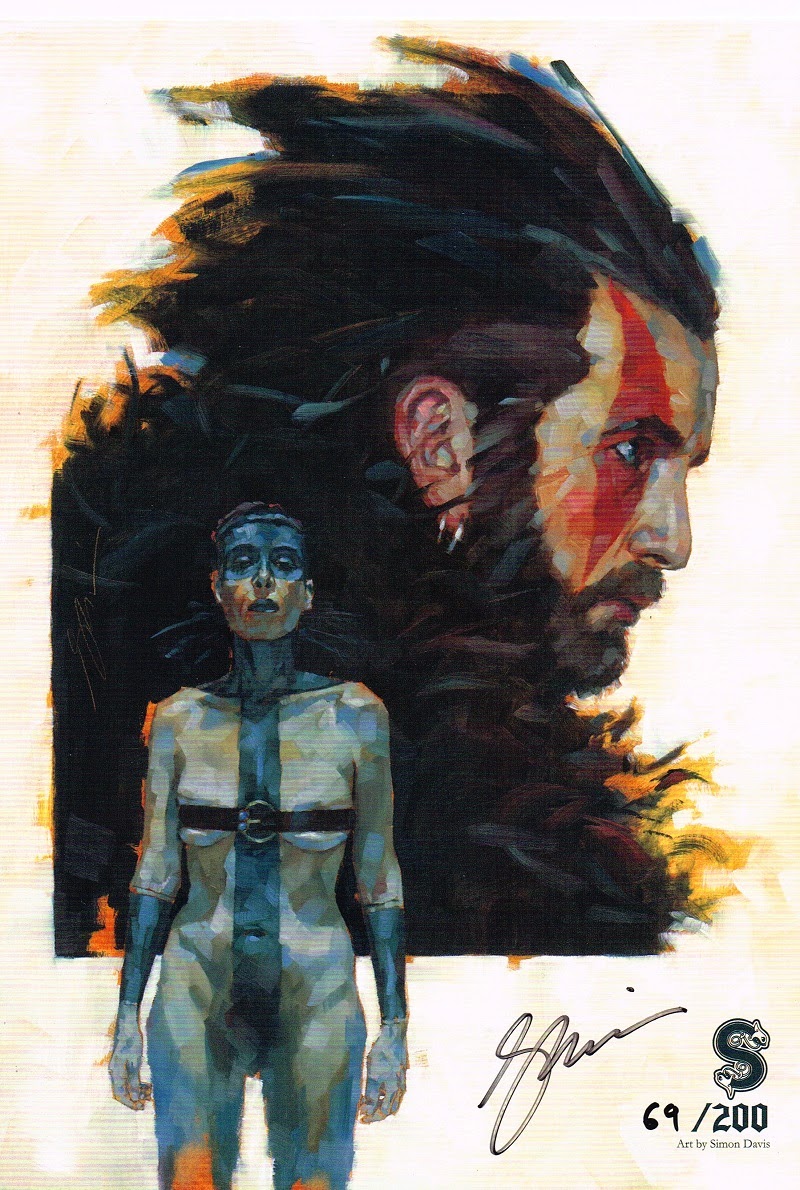 All version of this hardcover reprint also features:

For more illustrated details on this book go here.


This preview have been published on the CBR site:


On its tumblr page, 2000 AD has also displayed some of the bonus pages:


There were many ads produced for this reprint: 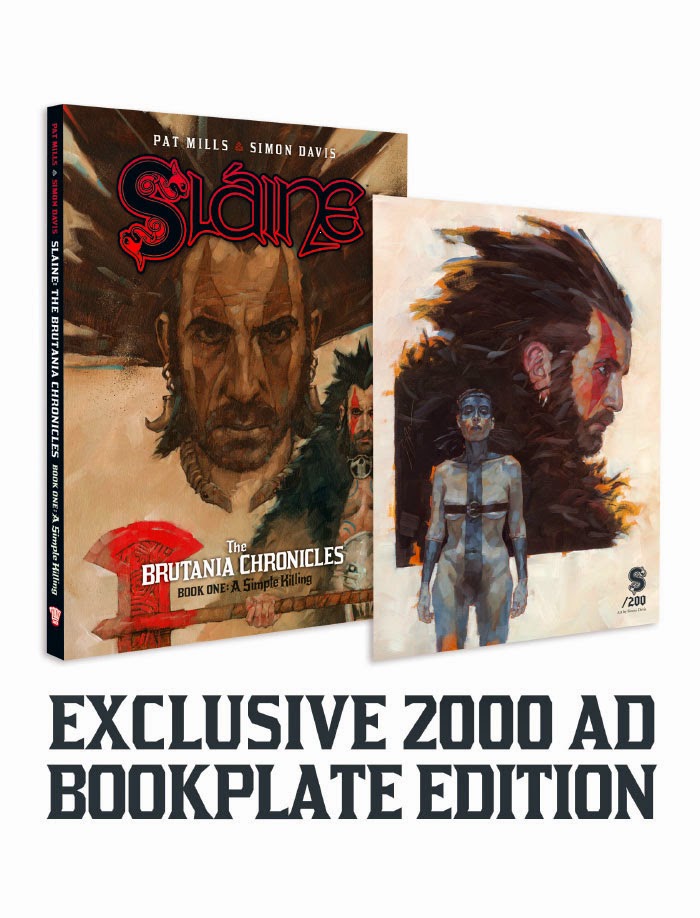 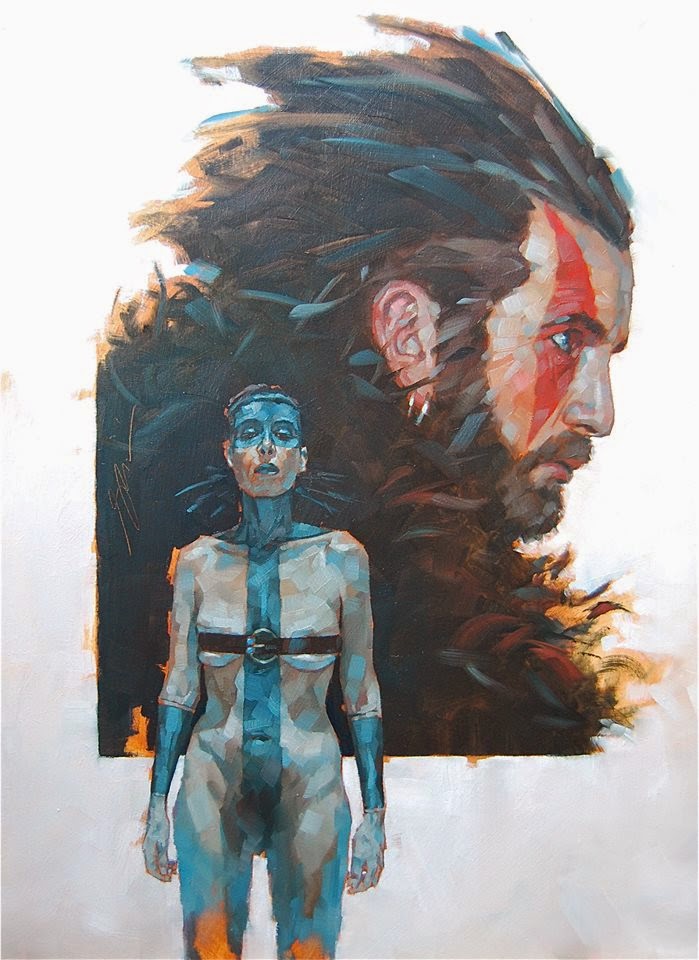 Here are the spines of Rebellion most recent Sláine saga reprints in hardcover form: