02/07/2014 The Millsverse on Comixology starting with PsychoKiller!

Today Pat Mills has launched his digital label, Millsverse, on the Comixology Submit digital platform which will include his creator-owned comic strips and graphic novels.

The first story available on Comixology's Pat Mills label is PsychoKiller from Toxic! magazine, co-written by Tony Skinner with art by Dave Kendall. Only 2.59£ or 3.99$ for a "strip that is grotesque, horrifying, funny and… strangely beautiful". And it's also available on French Comixology's site for 3.59 €. 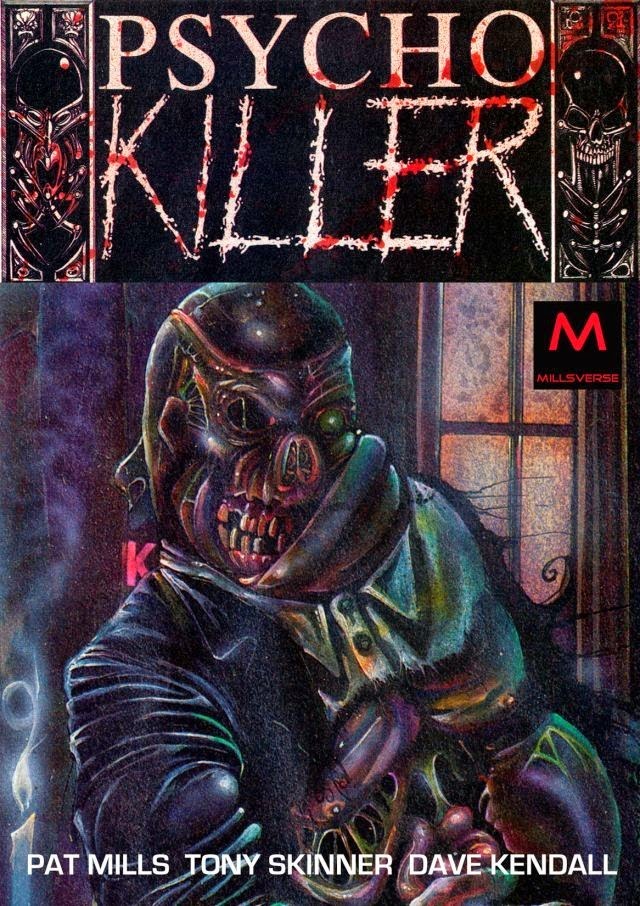 To quote Pat in its press release: "The goal ultimately is to originate material and debut it on Comixology", which is a very promising and exciting news (big thanks to Lisa Mills for that)!

Pat Mills evokes in details this label and the PsychoKiller strip at his blog here, and here is the full press release associated with this news:

“I’m starting with PSYCHOKILLER, a black comedy horror story originally published in Toxic! in 1991, co-written with Tony Skinner, with superb fully painted artwork by Dave Kendall. It’s a lot of fun: gory, violent and weird– featuring the mysterious Doctor Morbus who provides bizarre medical treatments for his demonically possessed patients. More on PSYCHOKILLERcan be found on my blog.

“We should have collected this story years ago, but – because it is relatively short at 56 pages – somehow we never got around to it. Now, with the advent of digital comics, it seems the perfect story to kick off the Millsverse, which will include my creator-owned comic strips and graphic novels, some of which are out of print or haven’t been available in English before.

“The goal ultimately is to originate material and debut it on Comixology. But for now, I hope fans and new readers will enjoy the very British schlock that is PSYCHOKILLER.”

PSYCHOKILLER is on sale now for £2.49, available from Comixology here.