Blake has drugged the Family Man in its Panic room with a product that dramatically boosts dopamine levels, wipes out serotonin and floods the brain with norepinephrine. This cocktail induces at the same time paranoia and auditory hallucinations, smothering sensation and fear of enclosed spaces. That treatment ends up with the Family Man killing himself by smashing his head on the wall. Now it's Prince's turn and Blake manages to be enrolled by Defensar, Hugo Prince's weapons and private military contractor company that sends him on a "humanitarian" mission in Bolivaria (6 pages). 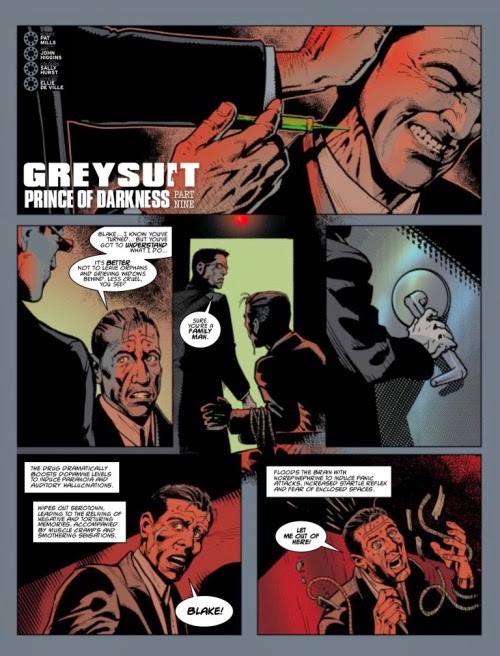 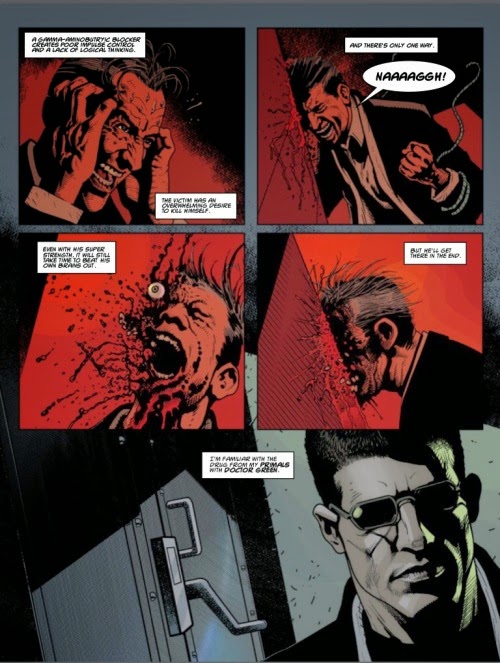