So Blake is undercover in Bolivaria as part of a private security outfit, trying to get close to his target Hugo Prince, and he has already begun to eliminate men from his group. He has also uploaded on the website "Britain New Empire" footage of Defensar so called peace keeping mission. But during Blake's initiation ritual, Blake blows is cover and is being captured and brought to Prince (12 pages).

This is a double length strip to end this penultimate story arc. The Greysuit saga will conclude in book four, Foul Play.
The following preview was advertised at the the 2000 AD's Tumblr page: 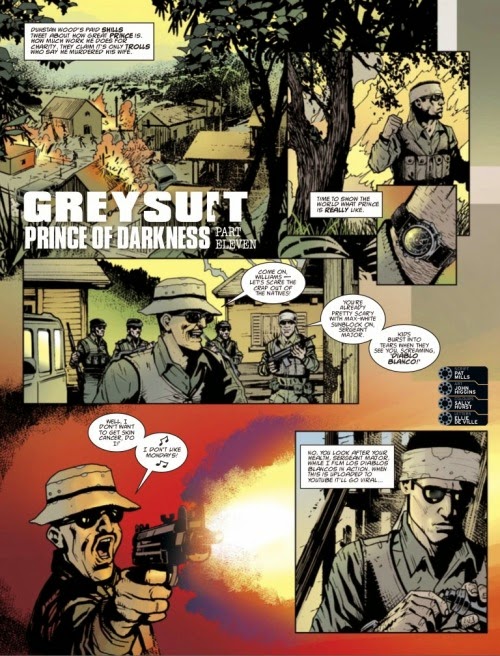 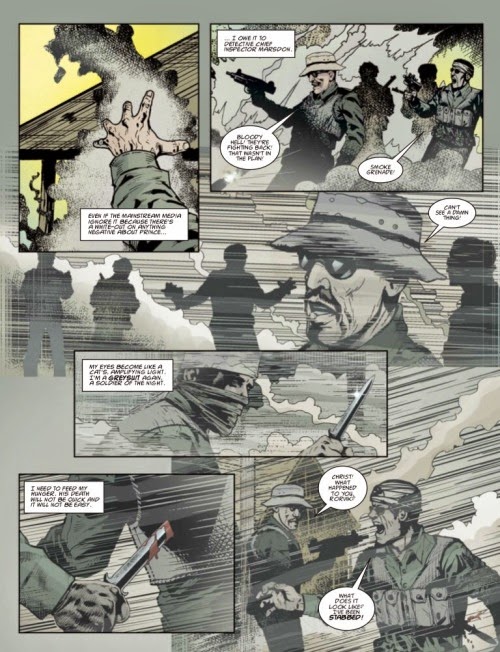