American Reaper III: "Katherine" cannot terminates her old body as she 's still Jessica, the transplant hasn't taken place. And soon after Katherine wakes up thretening Elmore and Jessica with the gun left by Jessica next to her body. During the fight that follows with Jessica Katherine is killed, a bullet in the head. Meanwhile outside, Forrest is reluctant to leave Jessica with Elmore and returning in the flat he is killed by Elmore. Reapers including John arrive at the premisces but Elmore has triggered a device that produce a positive reading on reapers scanners, and indeed Jessica is read positive on all scanners (17 pages).

This preview has been displayed on the CBR website: 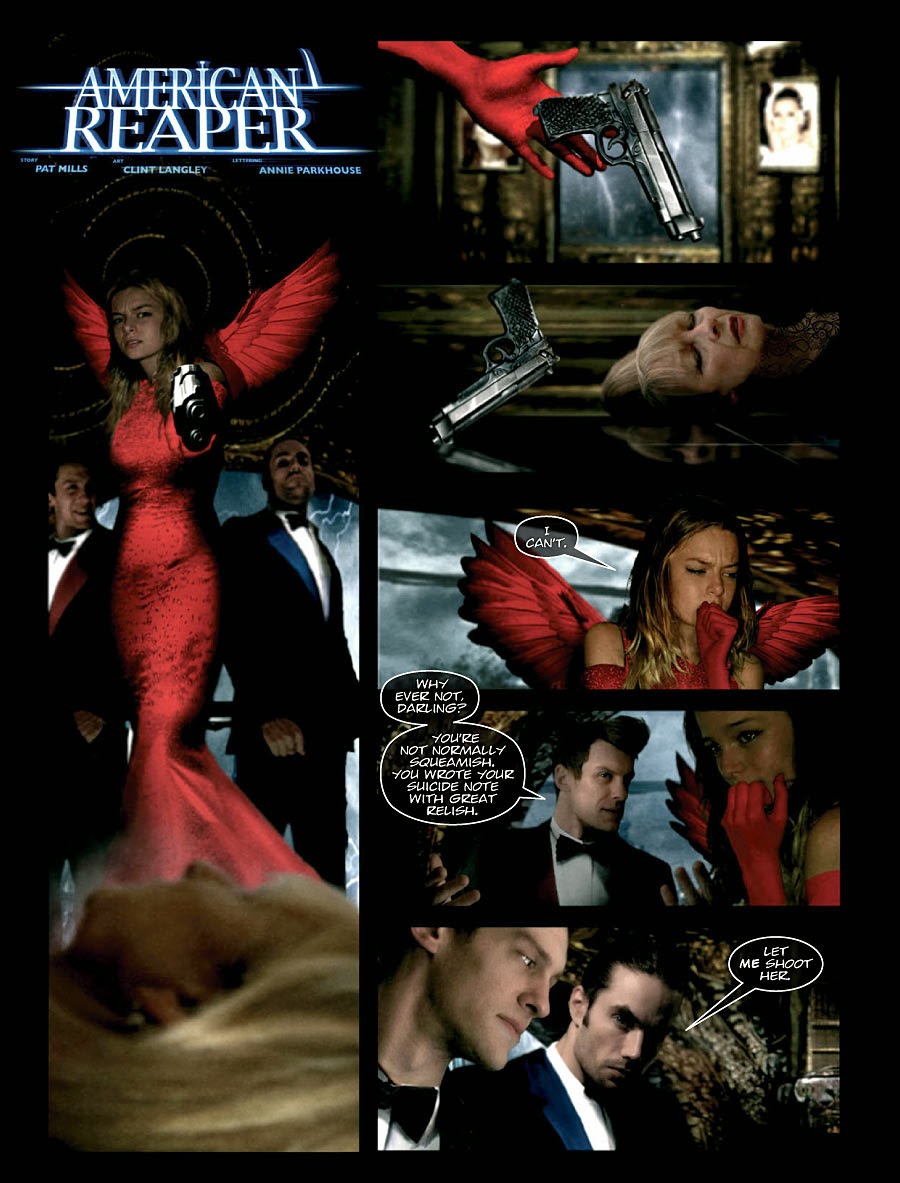 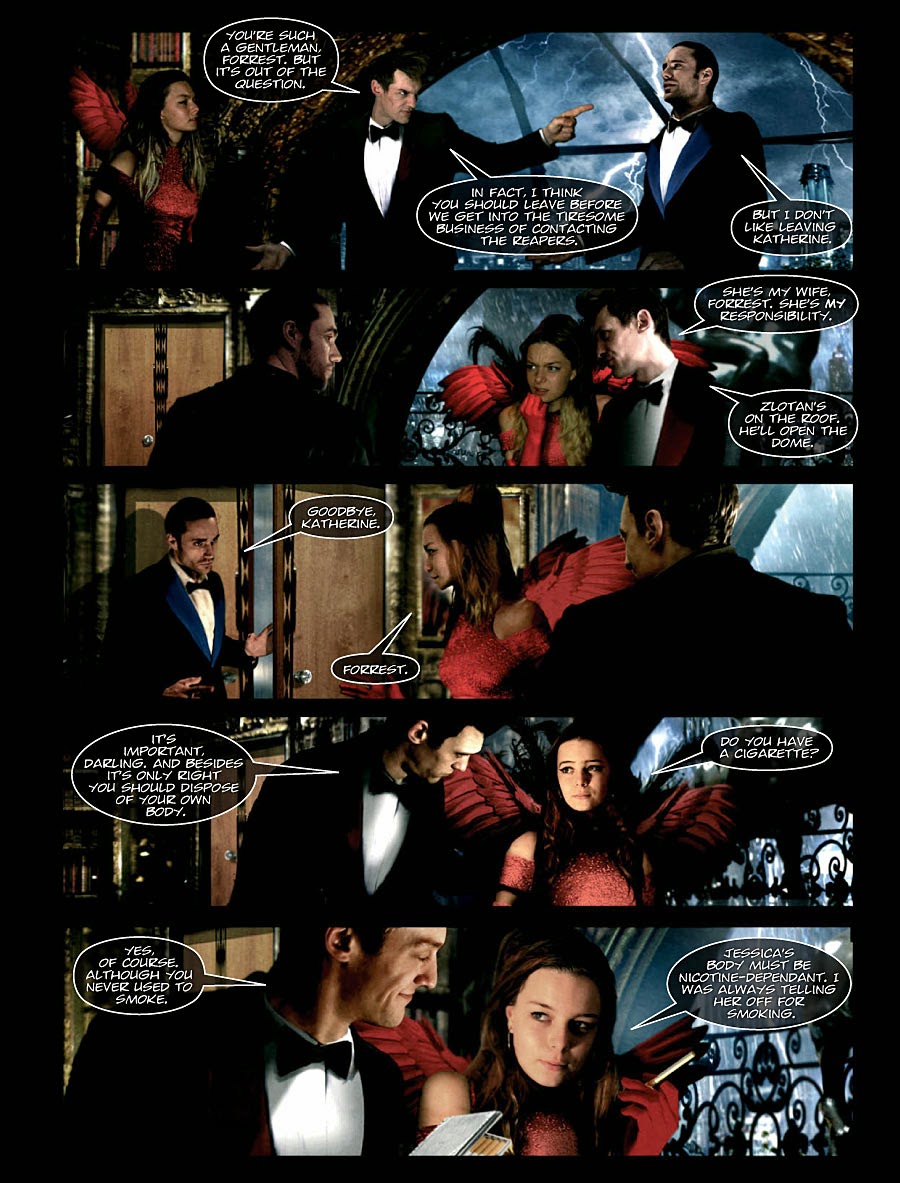