So Jack has given his word that the Grinders will stay away from the VV Day parade but he also insist that his Bill and Cassie goes to a vacation in Florida but they refused. The parade has begun, Howard Quartz is present representing the U.S. president, as well as the late Shirley Brown family and  Hammersteins and drones controlled by human operators in Nevada in the so called 'cubicle warriors'. Bill Savage and his team are using Quartz metal detector glasses to spot firearms in the crowd. They spot Grinder 'Metal Heart' Nick Bostock in the parade and at the same moment an Hammerstein is threatening Mickael Brown (6 pages).

The following preview was advertised at the CBR page: 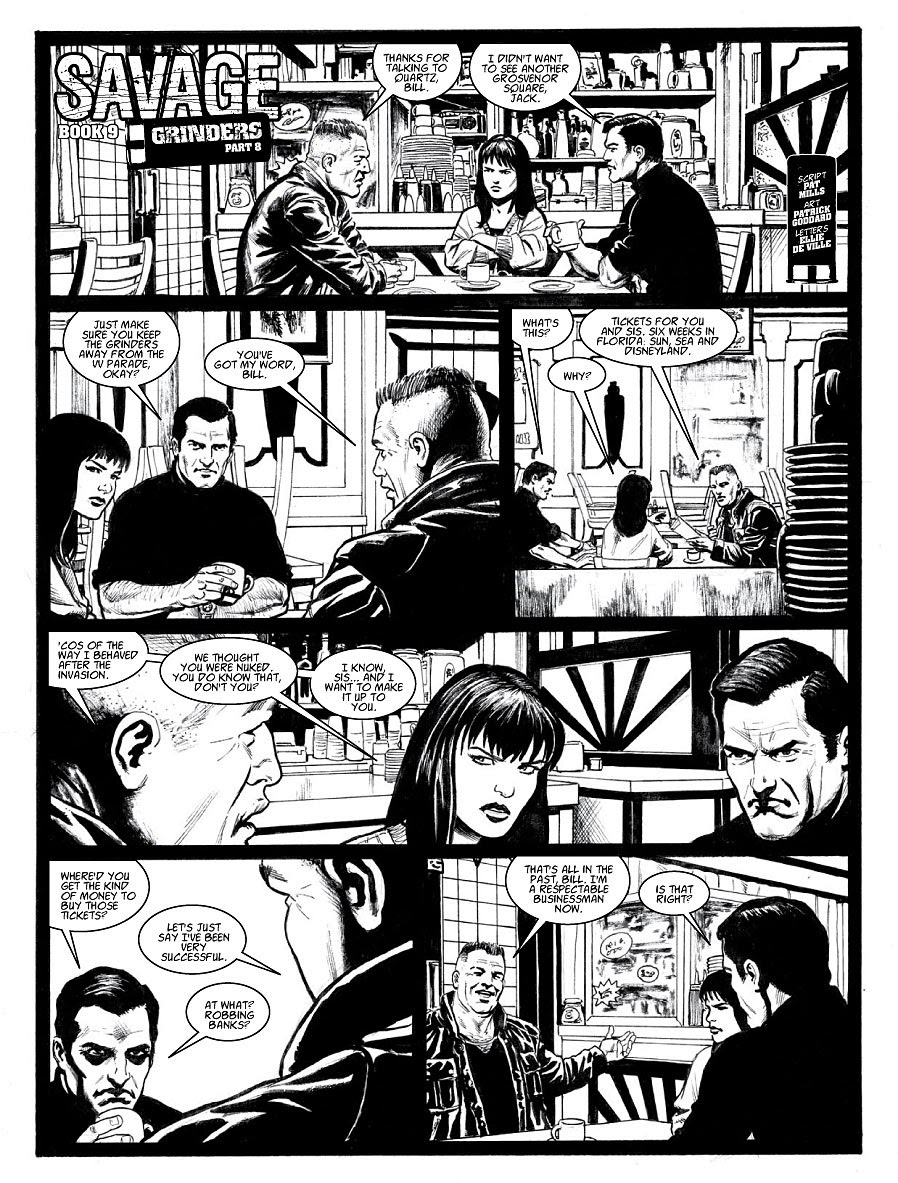