Title: American Reaper III part 2/The Man Who Murdered Himself

American Reaper III: according to Forrest, it seems that Katherine's consciousness has been transferred to Jessica's body but she seems quite disoriented. meanwhile Matherson is close to reach the laboratory. He arrives just to late to discover that DNA scans reveal that a transplant had occured between his daughter Jessica and Katherine Taggen. And now, back to Elmore Taggen place, the new "Katherine" is about to shoot her old body (14 pages).

Reaper Files: this month tales is about a faked transplant that sees criminal Truman Parker be free again but being caught by a former victim (6 pages).


I like this new spin of this famous expression: "Matherson has an unfortunate habit of shooting first and not asking questions later".

This pin-up illustrates the back cover of the magazine: 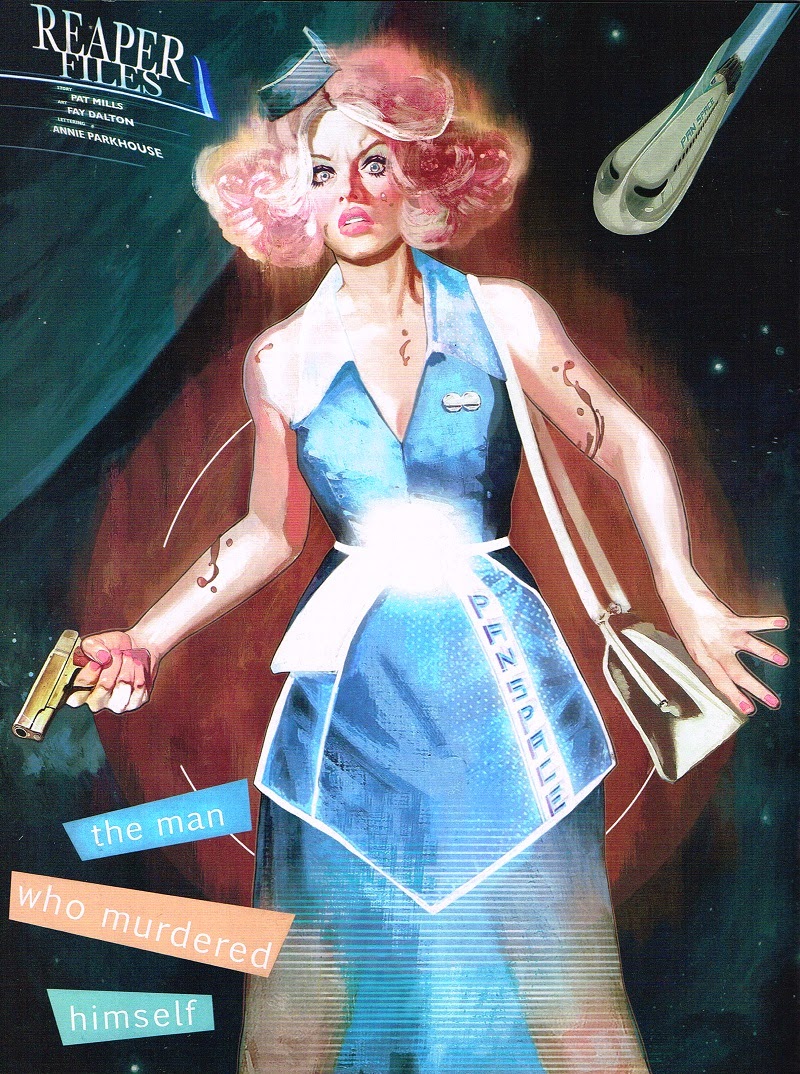 This preview has been displayed on the CBR website: