The Junk Monk is eventually killed by Jan, but the later and Harry are shot by Grinder Sue Grue. Savage has spotted the only remaining Grinder currently concentrating its effort to lead an Hammerstein against quartz. Bill willingly let the Grinder go on with his job before neutralizing him. And now Savage has to go after his brother Jack (6 pages).


Let's look at the preview below, it's Invasion of the Body Snatchers in Savage. 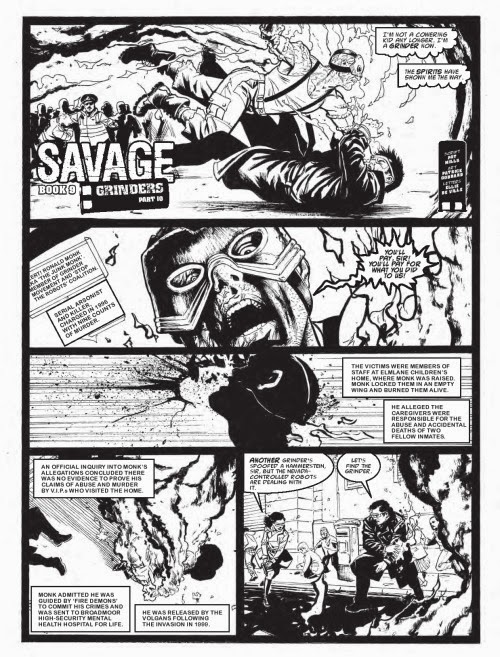 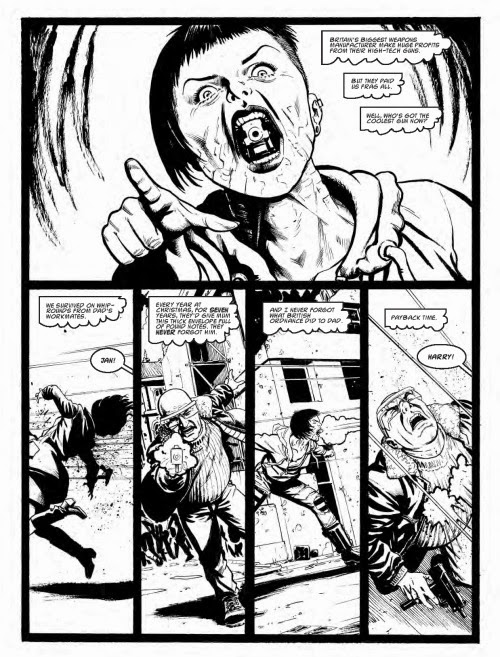