Grinders infiltrated in the crowd are able to broke the link between Nevada and the Hammerstein, so they defaulted to autonomous mode and they thinks the parade is a killzone. Savage and his team has to spot the Grinders and eliminate them. But Jack has also hacked the drones to open fire and the Junk Monk is determined to kill Bill (6 pages). 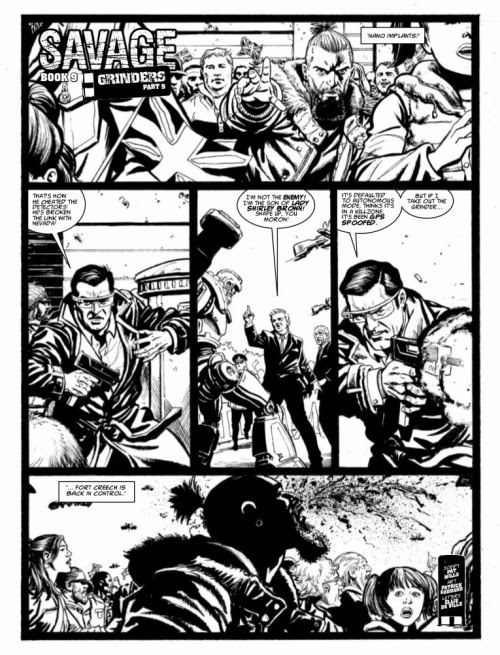 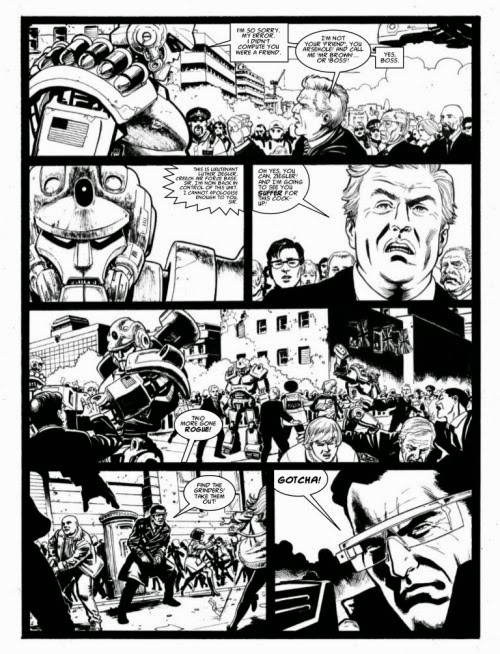