Size/binding: A4 magazine with thick cover

Sláine is trapped in the Drune Lord's lair, Gulnasadh. The time of Slough Gododin's sloughing is approaching and Slough Thruc is in charge of monitoring the Primordial. Sinead is still under Slough Gododin's glamour, and the later is pressing the dark side of Sláine to unleashed his death wish, and prepare him to be beheaded. Sláine calls the Goddess to trigger his warp spasm, but the Earth power is not available to him as it is channeled to feed the Primordial, the creature who will bring order to Albion (6 pages).


As this issue was a entry point for new readers (all new stories), each strip features a one page full recap (except an half page for Dredd). 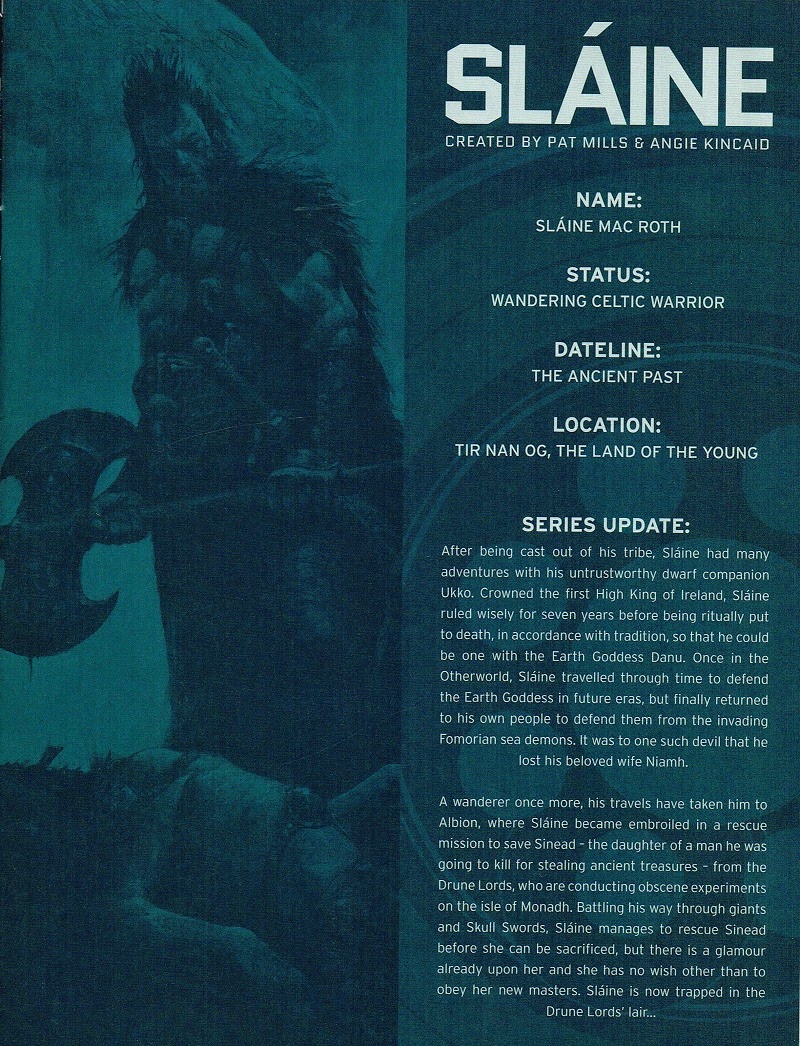 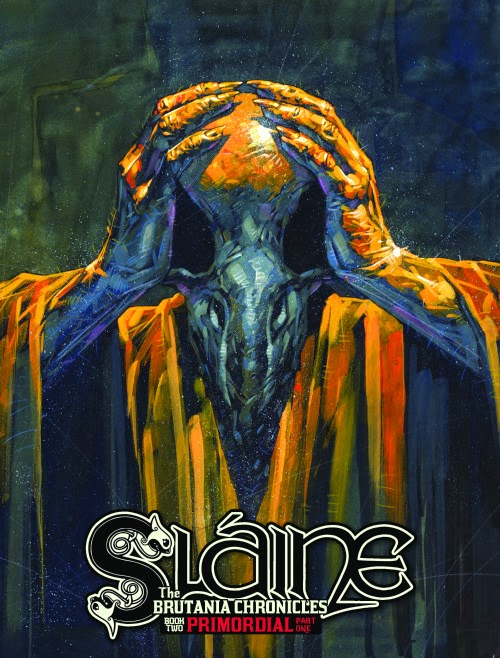 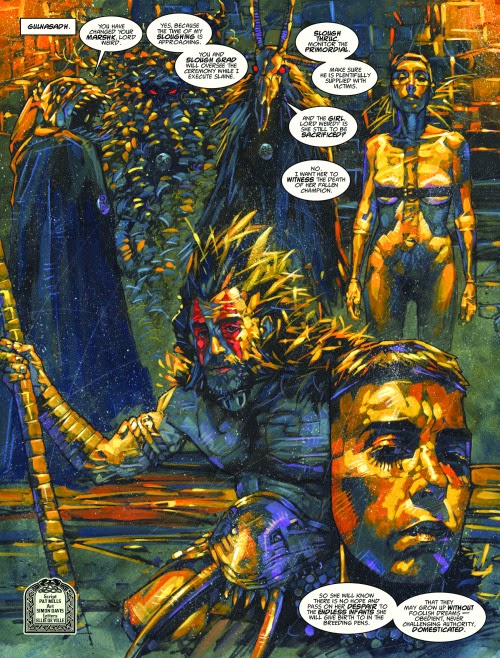