The purpose of the Drune Lords' blood sacrifice is to raise power for the primordial. Sláine's manages to take control over Slough Gododin by entering his mind and let him see how he has killed his father Slough Feg (6 pages).


On the cover of the magazine, the Ogham runes can be translated as "The Galaxy's Greatest Comics". Nice touch!. 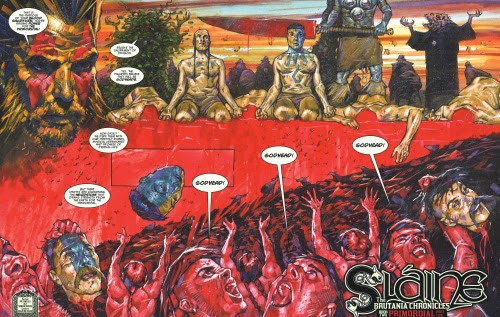