Defoe, now a Scotland yard detective, is in Alsatia during people's gathering to protest against the noble and the priests. They are exterminated without mercy by the seven Wizards, or Superior Heroes, each one protected by a guardian angel. But Defoe manages to kill one of them, The Carrion Killer, and now there will be hell to pay for him and his family (6 pages).

Several people Hanged at Tyburn by the Theophilus, ordinary of Newgate, are cited throughout the story (real people it seems). 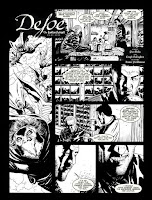 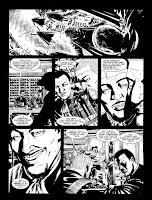