On its way to save Sinhead from the Drune Lords (Slough Thruc, Slough Foy, Slough Grad and Slough Gododin who want's to avenge his/her father by killing Sláine), Sláine has to take the causeway that links the Isle of Monadh to Drummoral. He had to make his way through hordes of pilgrims creatures, including battle giants, and do it the hard way as for him it's no longer Beltain, it's Samhain (7 pages).

The causeway can be lowered into the sea. There are references to the Cyth and their enemies, the Archons (see Time Killer arc). This week strip opens with a map of Monadh.

The following preview was advertised at the 2000ad site:


And on 2000ad FB page this beautiful splash page: 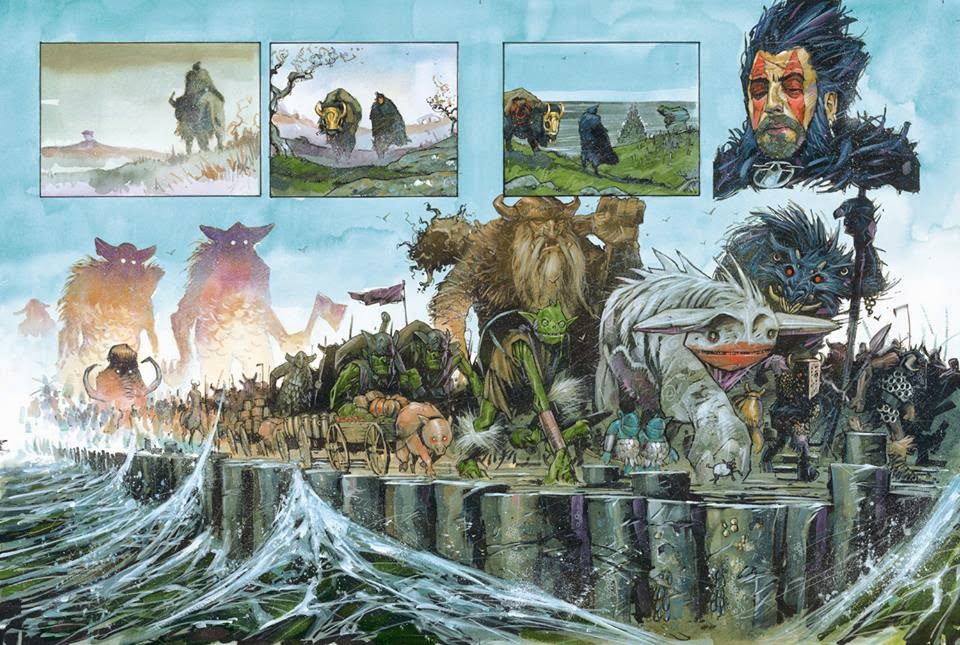 
This one strip has been reprinted in the 2000 AD Script Book with Pat's script: