The Raptor drones seem to be programmed to assault some members of resistance groups, assimilated as terrorists, without arming Bill Savage. So Savage was able to protect Rusty O'Dell from the drones. And then the resistance can savour the liberation of London. The Volgan commanders now are reluctantly signing their surrender document as the audience is witnessing by Savage. The later is becoming more and more suspicious of Quartz, but for now he learns that the King of England (Charles, still married to Diana) has just abdicated and Britain's about to become a republic (6 pages).


The following preview was advertised at the the 2000 AD's Tumblr page: 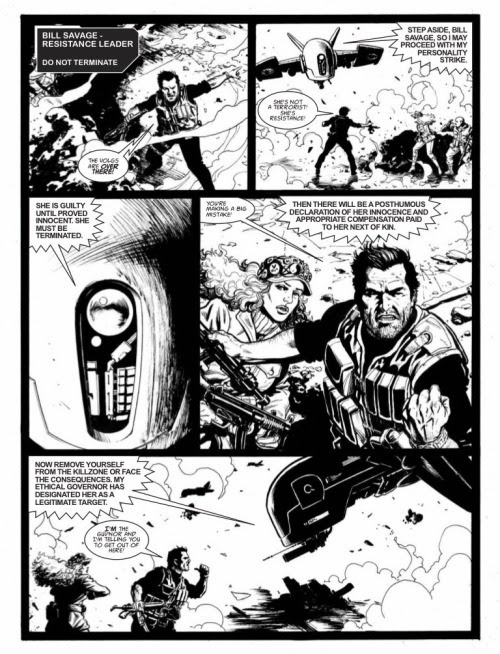 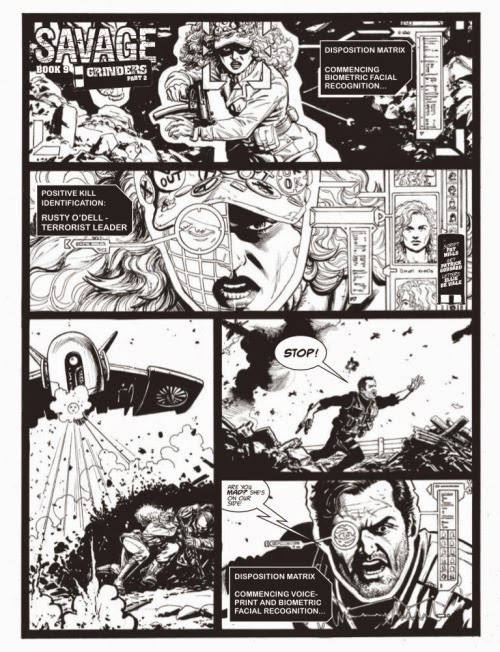