Bill manages to get rid of the Hammerstein's playing their programming against them. But soon after he is abducted by three Volgan sympathizer Grinders (including a girl named Sue and the Junk Monk) and brought to the underground car park at the top of Park Lane (6 pages).


The following preview was advertised at the the 2000 AD's Tumblr page: 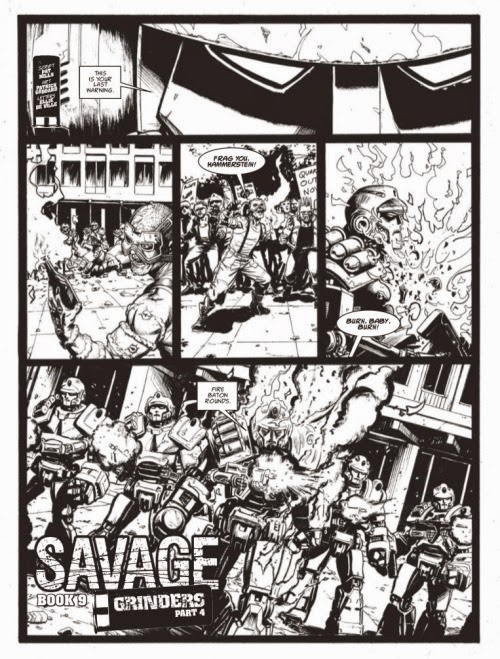 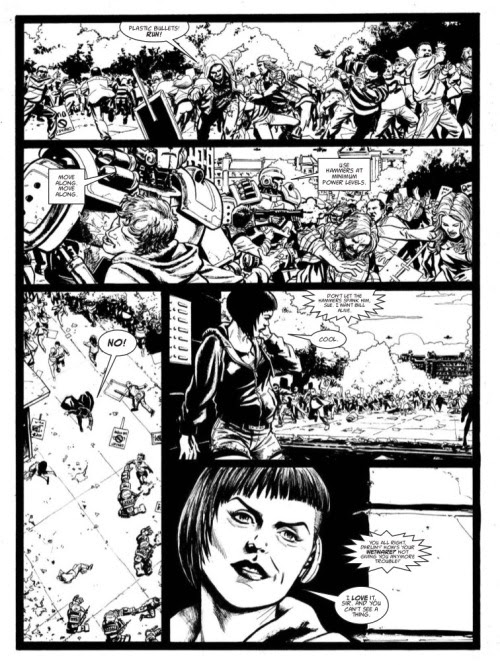 And this advert was ran in Judge Dredd Megazine #356: