Jack tells his story. Former bank robber, he was taking care of his best friend's widow Zoya and son Viktor. Zoya happens to be a Volgan spy and she help Jack escapes the Volgan bombing. Jack prefers everyone believe he was dead after that and became an interrogator for the Volgan (6 pages).


So we learn who was the characters featuring in the first strip of prog 2015.
This part of the "partisan" song that the two brothers sing echoed prog #1450 strip where Bill Savage passing as his brother uses the same line in custody "I have changed my name so often. I have lost my wife and children". 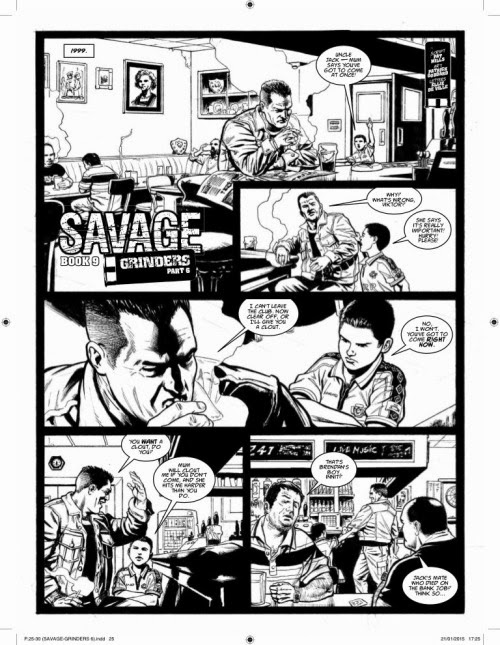 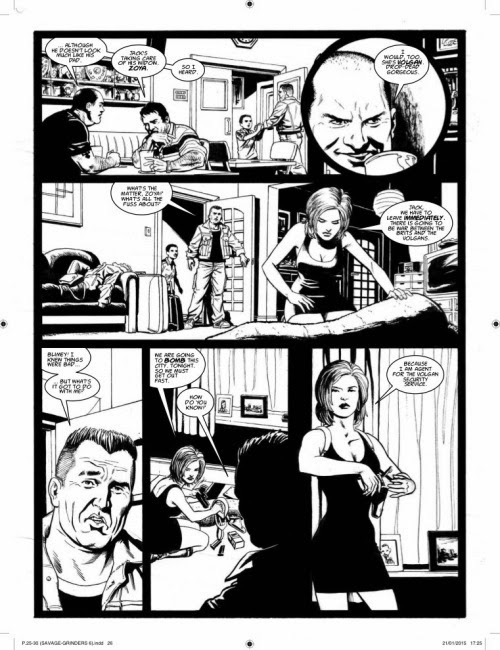