Jack finishes his story telling he has now joined the 'stop the robots' coalition and he has started to financing the Grinders activists. Jack and Bill makes a deal about the forthcoming V.V. day parade: the 'stop the robots' coalition will stay away if Quartz put his warriors back in the loop to be controlled by human operators. Quartz and his brother the president of the USA have another agenda to prevent lefty Rusty O'Dell's true democracy party to win the election, agenda involving Bill Savage. Meanwhile Jack Grinders' team manages to assassinate the Prime Minister by controlling his car at distance (6 pages). 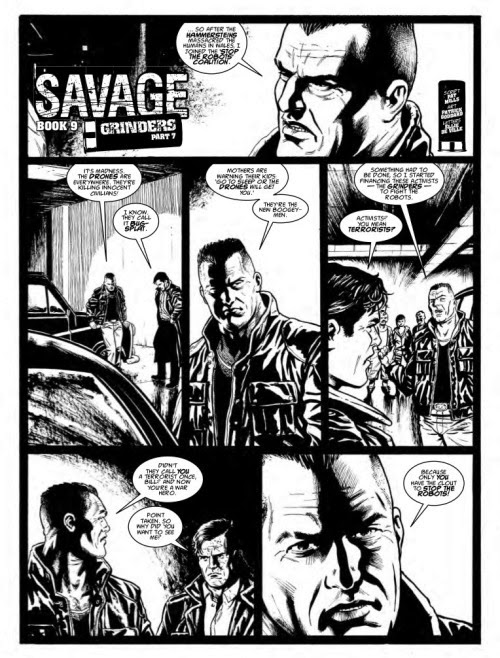 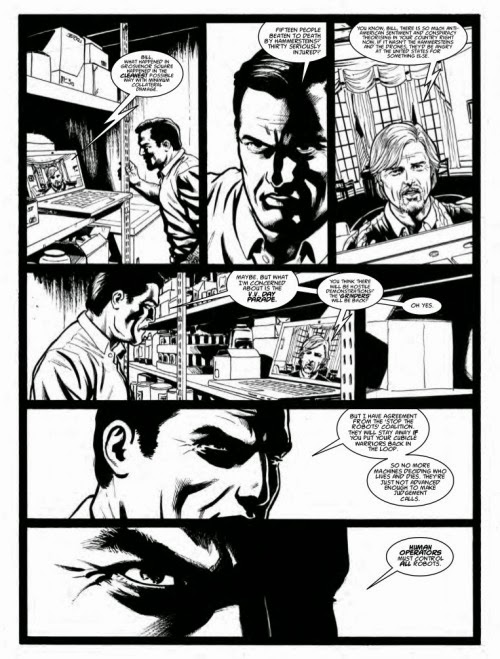