Bill have a talk with the three Grinders that have abducted him, whose plan is to fight Quartz's machines stealing their future. Then, the leader of the Grinders revealed himself as Bill's big brother Jack, reputedly killed when the nuke hit the midlands (6 pages).


When Pat Mills re launched the strip in 2004, Bill Savage was leaving in London undercover after plastic surgery to look like is late brother Jack in order to take his identity. It's in 2000 AD #1389 that we learn that "Jack was there the night the Volgans dropped the bomb". 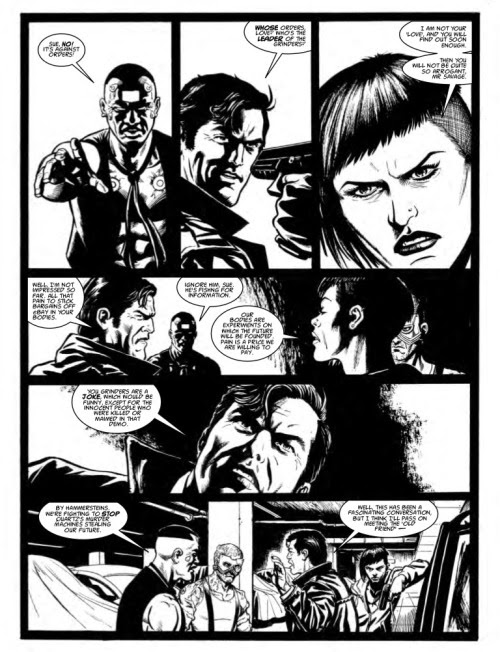