As Slough Gododin is haunted by visions of his father's death, Sláine and Sinead escape towards the Mountain of The Archon. The Archon were the Gods that defeated the Cyth in the heaven and imprisoned them on Earth. Their Mountain were put at the heart of Monadh as a warning to the Drunes. But Sinead is still under the Drune Lords spell (6 pages).

This strip could have been untitled Of Gods, Religion and Faith with its brilliant pieces of dialogue between Sinead and Sláine. 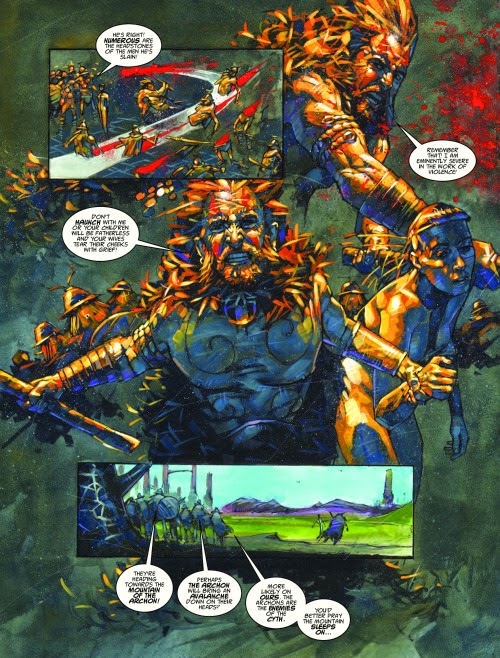 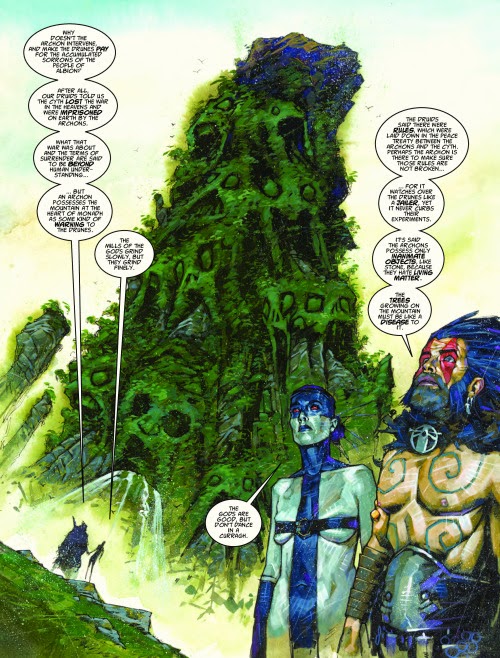