Title: The Reaper Files: Grim Reaper part 1/The Return of the Jester

The Bureau For The Prevention of Identiy Theft has received an anonymous tip. Teenagers shot in turf wars are taken into hospital and treated for gunshot wounds, but they conveniently 'die' during the operations. Indeed the pathologist and surgeon are in on a racket organized by Ad Astra Funeral Service, a fake cremation facility used as a front for a body farm. But today's is Jessica's birthday and John is reluctant to deal with this case right away. Meanwhile, a man dressed like a Reaper and passing for a volunteer at "light at the end of the tunnel" (a hotline for suicide attempt), is currently encouraging suicide candidates to take the last leap. He call himself the Grim Reaper (10 pages).


This story has a second title, Happy Deathday, Detective Matherson.
This preview has been displayed on the CBR page: 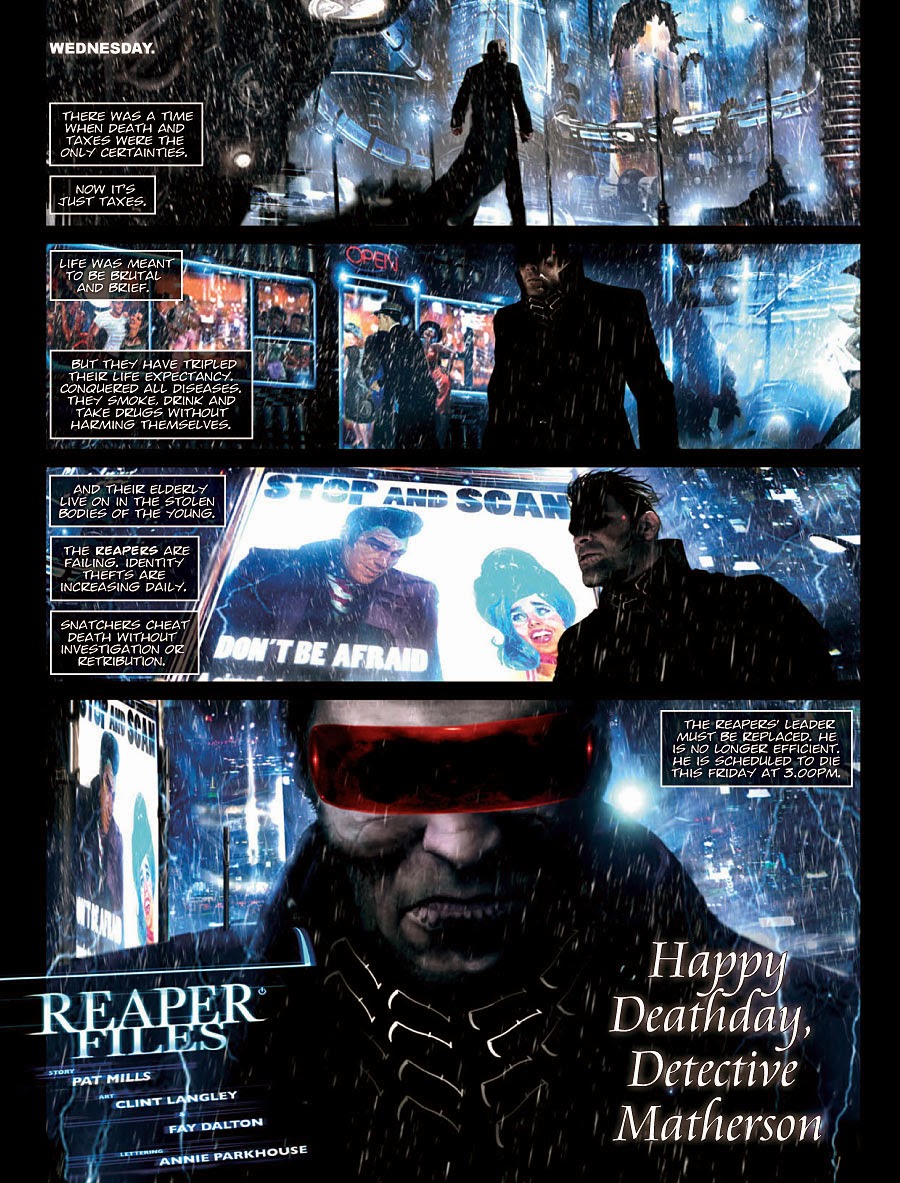 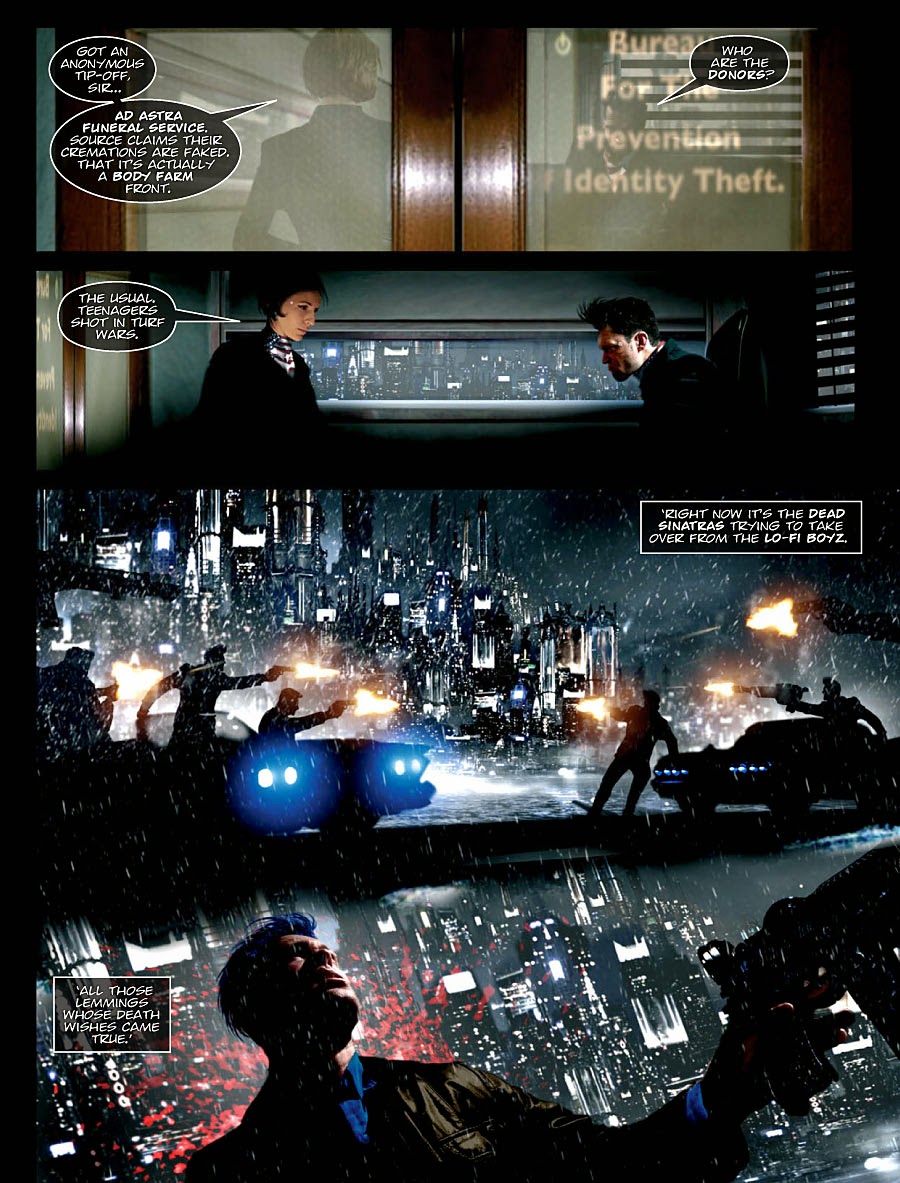 Final Black Siddha series arc, Return of The Jester, has been collected as a free "floppy" bagged with this megazine.