Sinead mind is still disordered, and she begged for Codalion, the Sleep Flowers because they take away the pain. While searching for Motherwort and Skullcap instead (plant that have a calming effect), Sláine remembers his childhood and Gododin forces him to leave again his mother's death. It was a consequence of his father's drunken boasting, and after that (and a lot more drinking), the Druids pronounced the curse of excommunication upon him and he ended up in the Wickerman where he met again his son (6 pages).

The Wickerman story as well as the death of Macha, Sláine's mother, was told very early in Sláine's saga, in part 3 of The Bride of Crom story published in 2000 AD #337-342. Simon Davis has indeed use Belardinelli's art as a model for the flashback page. 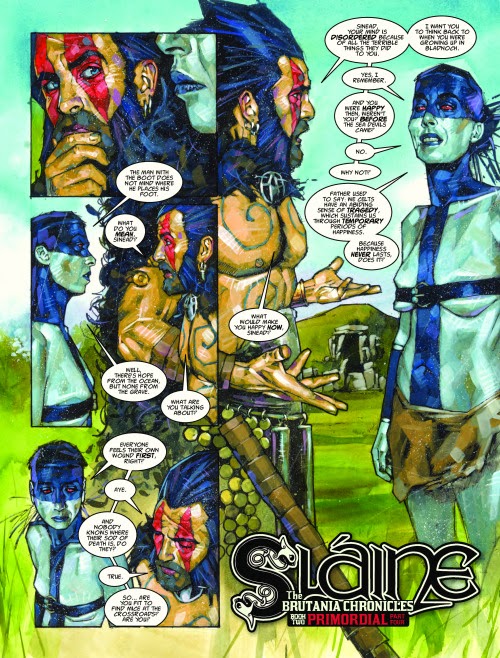 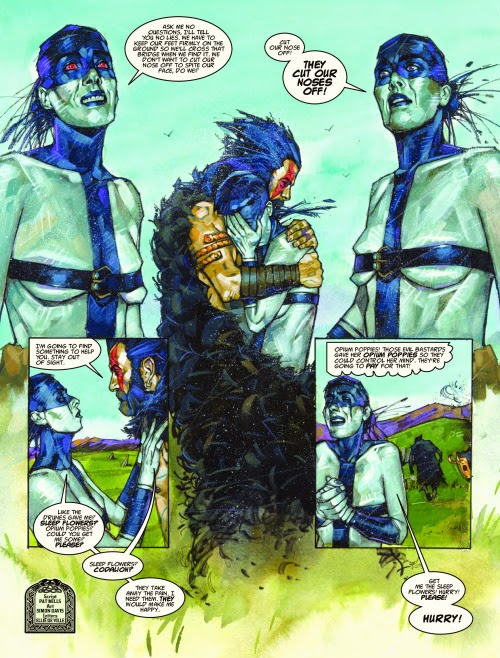