Lord Gododin continues to make Sláine relive his father's death at the hand of Slough Feg, during his warped battle against the Half-Dead. Bus as the Druids had excommunicated him, he had suffered the torment of eternal damnation. While Sláine discovers that Sinead has found and ingested Sleep Flowers, the improved Trojan soldiers of Brutania are inspected by Lord Gododin. The latter sends them against Sláine at the burial mound (6 pages). 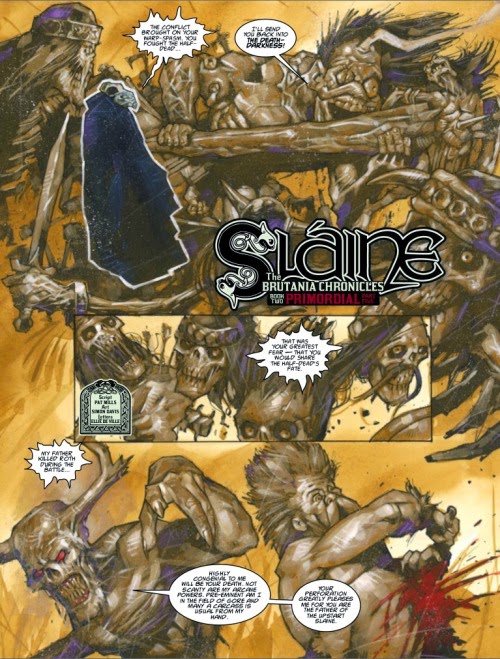