One by one the Trojans are decimated by Sláine. But their commander is ready to make a stand against Gododin's recommendation (6 pages).

All 6 pages strips features the same three vertical panels to accentuate the rhythm to the story (one kill after another). 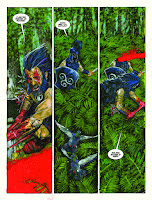 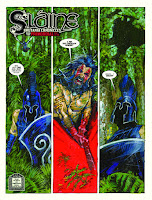