Trojan's commander reveals himself as being Sláine's friend Gort. So it was Gort that had told Kark to steal the treasures of the Goddess, as a trick to bring Sláine to Monadh so Gododin could have revenge for his father. Sláine is ready to take all the remaining Trojans, but he also want to shock Sinead out of her trance (6 pages). 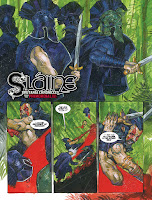 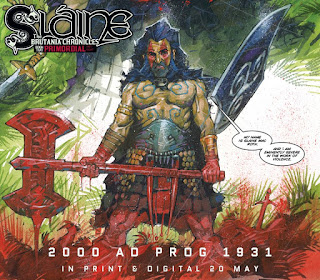