During their march that will lead them to the forest where Sláine and Sinead are hiding, Emperor Brutus Trojans sing songs of war. Waiting for them Sláine remembers a drinking and singing night with Gort just before they discover that tomb raiders were stealing the treasures of the Goddess (6 pages). 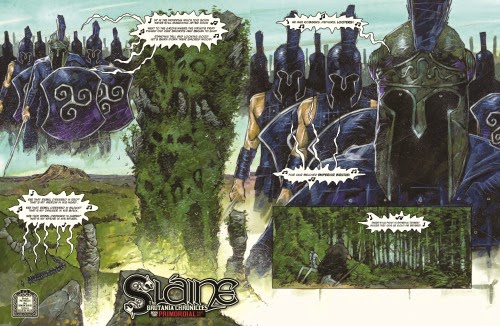