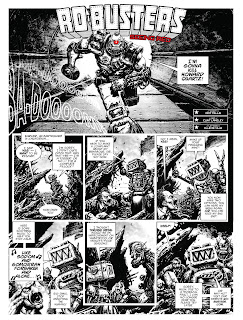 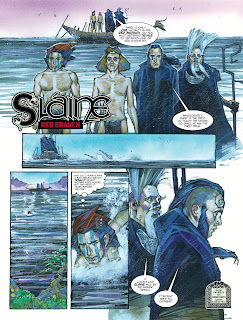 Two covers were initially available for this 2000 AD special. This is cover 2 of 2 (David Aja): 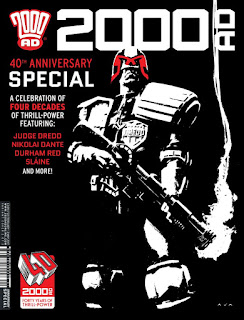 The first printing run had sold out quickly and a second print was proposed with third alternative cover by artist Jock: 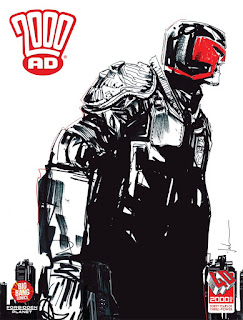 The 48-page special is themed around the colour red, as befitting a ruby anniversary. It includes a A5 "2000 AD 40th Anniversary Primer" stapled to the prog, featuring characters fact-files, and short authors interviews. 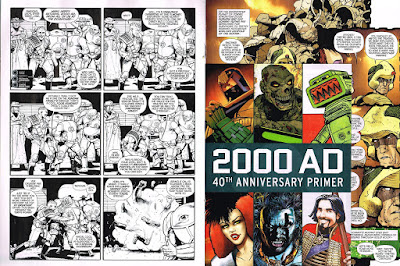 Finally this 40th anniversary special features a Ro-Busters spread by Cliff Robinson, and a Torquemada pin-up illustrated by Bryan Talbot. 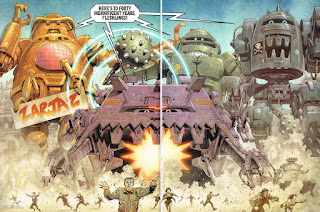 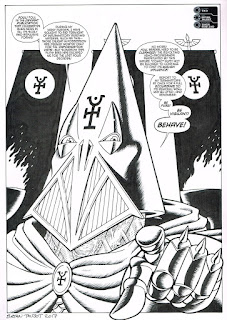