This is only the second time that this strip was ever reprinted.
The following preview was displayed on 2000 AD FB page: 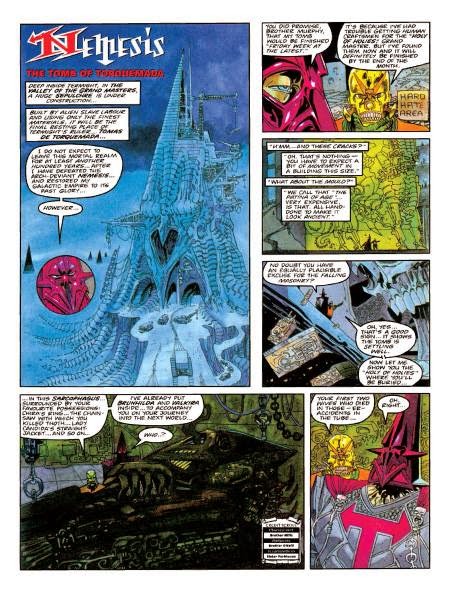 In this prog a QR code gives a free access to a downloadable .pdf file featuring The Secret Life of The Blitzspear strip in B&W (presentation page in colour) from 2000 AD Annual 1983.


This prog reprints the 6 pages of this strip while the second installment of the Brutania Chronicle, Primordial, was published in the prog.
The following preview was displayed on 2000 AD FB page: 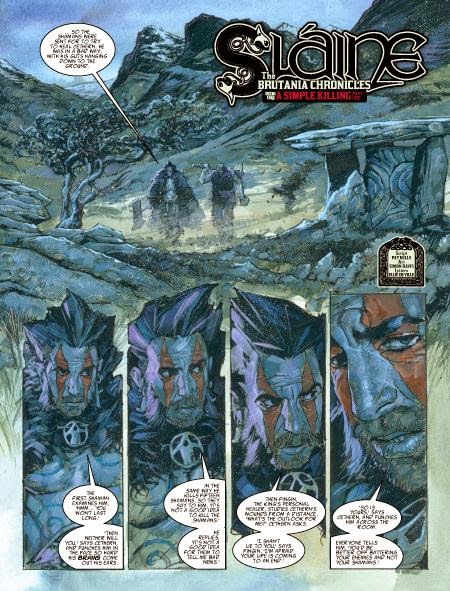 Another QR code gives a free access to a downloadable .pdf file featuring part 5 of The Book of Scars: The Horned God (the eight pages drawn by Simon Bisley) from 2000 AD #1848.


I am referring here to the story from the very first prog that a QR code gives free access to (again a .pdf file) drawn by Massimo Belardinelli, not the story currently reprinting in that prog drawn by Dave Gibbons with uncredited script.


There is also a Dr Sin strip in this issue. Dr Sin is credited to have been created by Pat Mills and Horacio Lalia (an early version of Judge Dredd).